Massachusetts is easily one of the top destinations in the fall, mainly because it’s home to none other than spooky Salem! Picking pumpkins and heading to the local farms is one of the best activities in autumn, so this post covers all of the best pumpkin patches in Massachusetts.

This list truly has it all, from patches near the Boston area to those out in western Massachusetts. No matter where in Massachusetts you’re visiting, you’ll be able to find a great pumpkin patch close by. 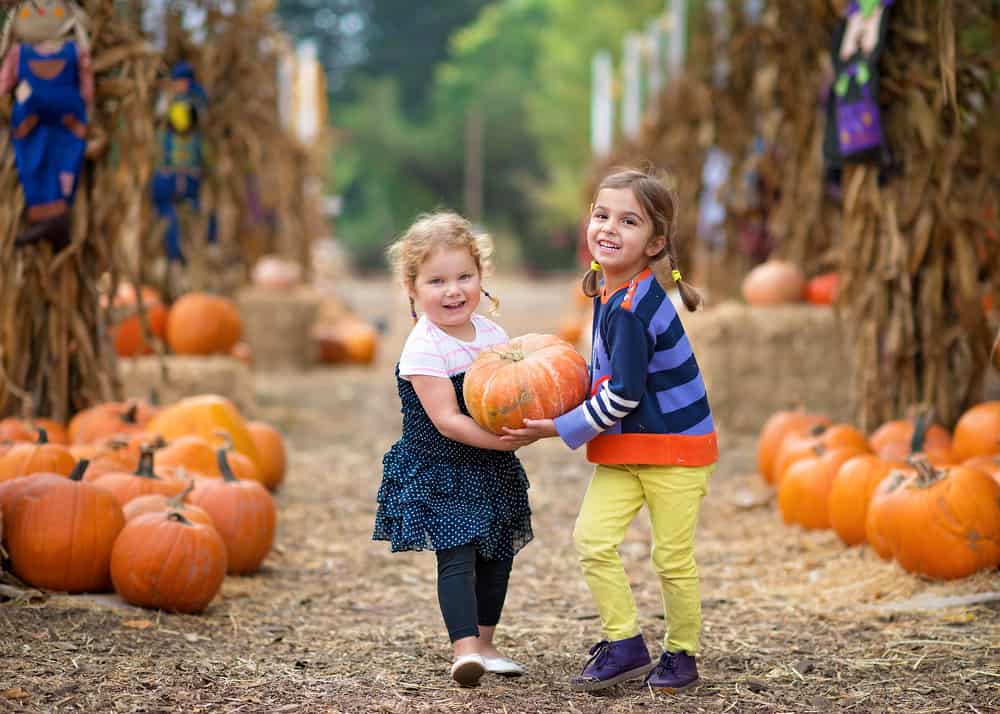 First up is Cider Hill Farm in Amesbury! This is one of the great pumpkin patches in Massachusetts. The farm focuses on being sustainable and eco-friendly with everything they do, too.

Because Cider Hill Farm is run by a local family, the farm has a genuine small-town feel. In addition to pumpkin patches, they have tons of fall activities that are perfect for when you’re visiting with family. From corn mazes to hayrides, this farm truly has it all. 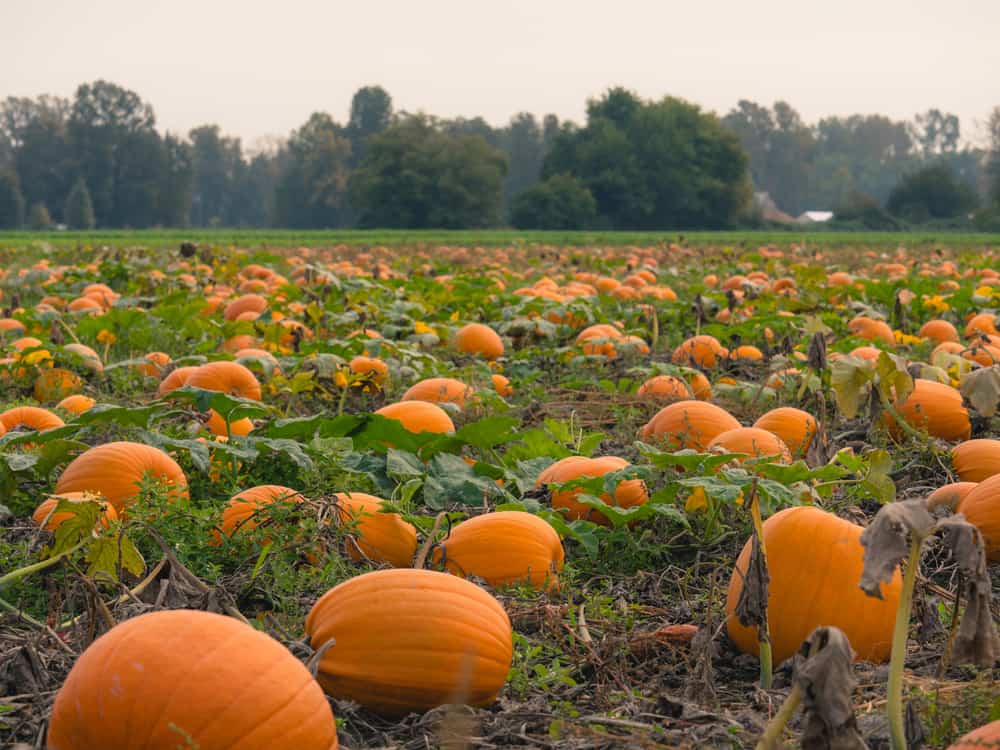 Fletcher Family Farm in Southampton is another of the best pumpkin patches in Massachusetts. It’s the last farm of its kind that is left in Southampton, which is why it’s so popularly visited by people in the area.

Covering around 100 acres of land, Fletcher Family Farm is relatively large. In addition, to pick your own pumpkins, the farm has fun hayrides which will bring you around the farm. This is an excellent activity for the fall! 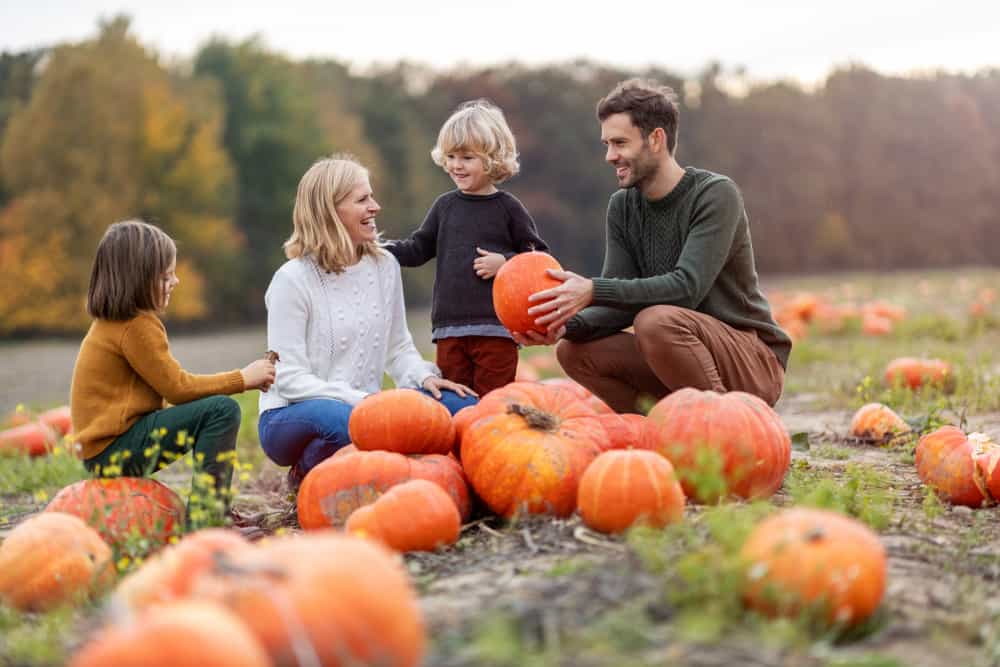 Belkin Family Lookout Farm is a truly massive farm! It’s in Natick, which isn’t that far from Boston. It covers just shy of 200 acres of land and has a u-pick pumpkin patch so you can buy whatever pumpkin your heart desires. 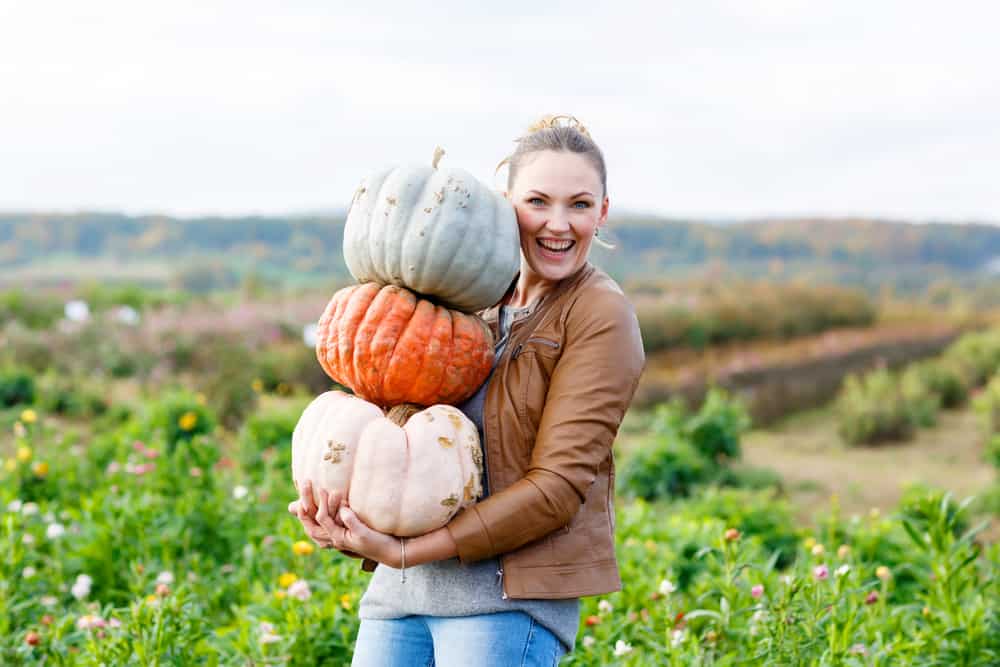 Clearview Farm is another one of the best pumpkin patches in New Hampshire. It’s situated in Sterling and has tons of amazing pumpkins just waiting to be picked. Clearview Farm is a classic New England farm, which is what makes it so charming.

Once you’re done picking your pumpkin, be sure to check out the fantastic playground. It’s a massive hit for families! There’s also an epic shop that sells tons of foods that were made using ingredients from the farm. 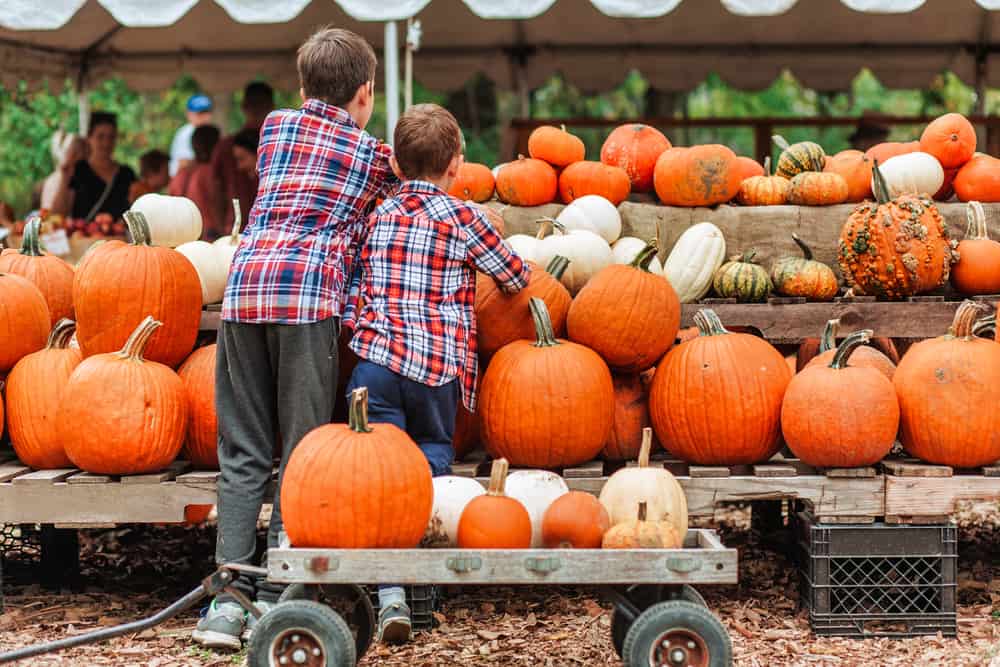 Boston Hill Farm in North Andover is one of the easiest farms to get to because of its accessible hours. It’s open every single day from around 9 a.m. to 5 p.m.! This farm has a pick your own pumpkin patch that usually first opens around September.

In addition to their pumpkin patch, they sell a wide variety of produce, usually varying throughout the year depending on what is in season. 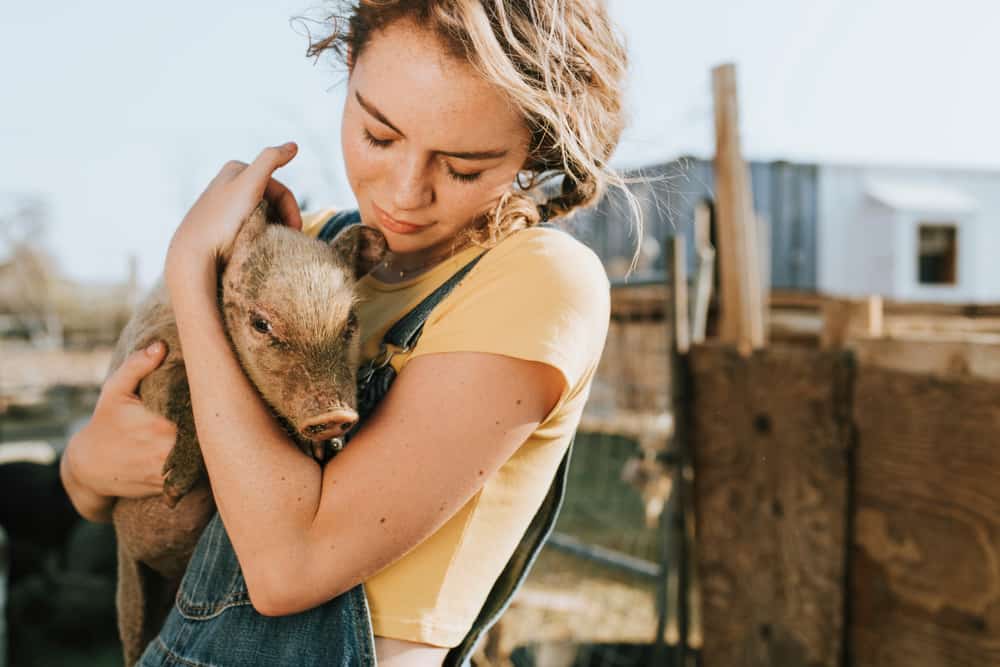 Ioka Valley Farm in Hancock is one of the best pumpkin patches in Massachusetts on the western side! It’s filled with nonstop amazing fun for families, especially in autumn. As you may have guessed, their main attraction is the vast pumpkin patch which is located across the road from the farm.

If picking your own pumpkin isn’t your jam, you can also purchase one of their already-picked pumpkins. In addition to tons of pumpkin picking, kids will love meeting the animals, playing in the indoor maze, and even going down the super long slide. 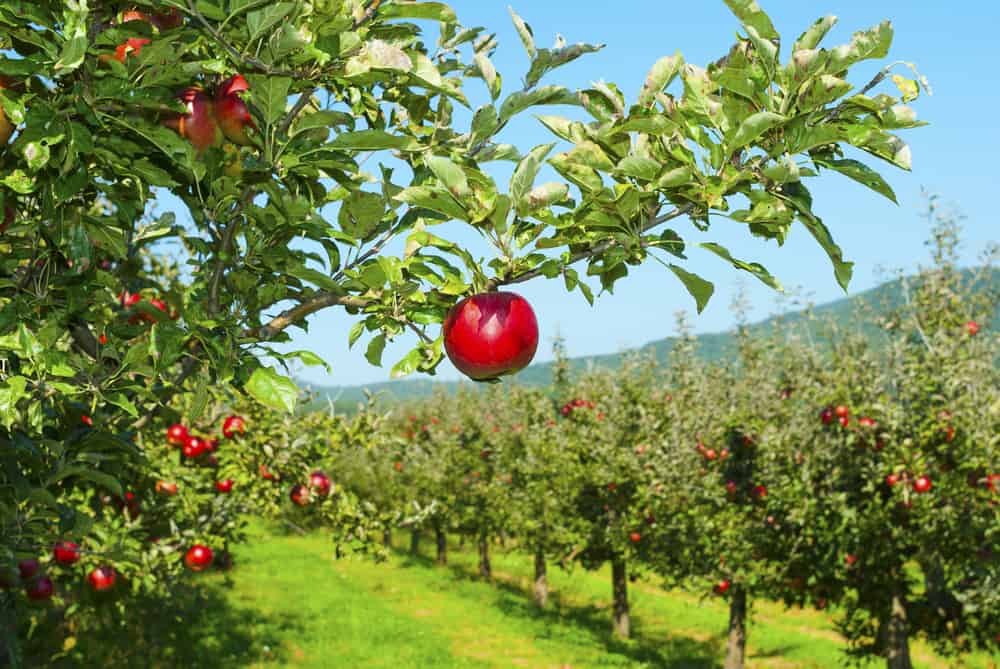 Kimball Fruit Farm is a regional farm that has locations in New Hampshire and Massachusetts. This farm in Pepperell has been owned by none other than the Kimball family. It opened in 1930 and has grown tons since it was first bought. In fact, when the family first bought it, it was an old dairy farm!

Today, Kimball Fruit Farms has a great pumpkin patch and orchards with peaches and apples. Be sure to be on the lookout for their great squashes too. 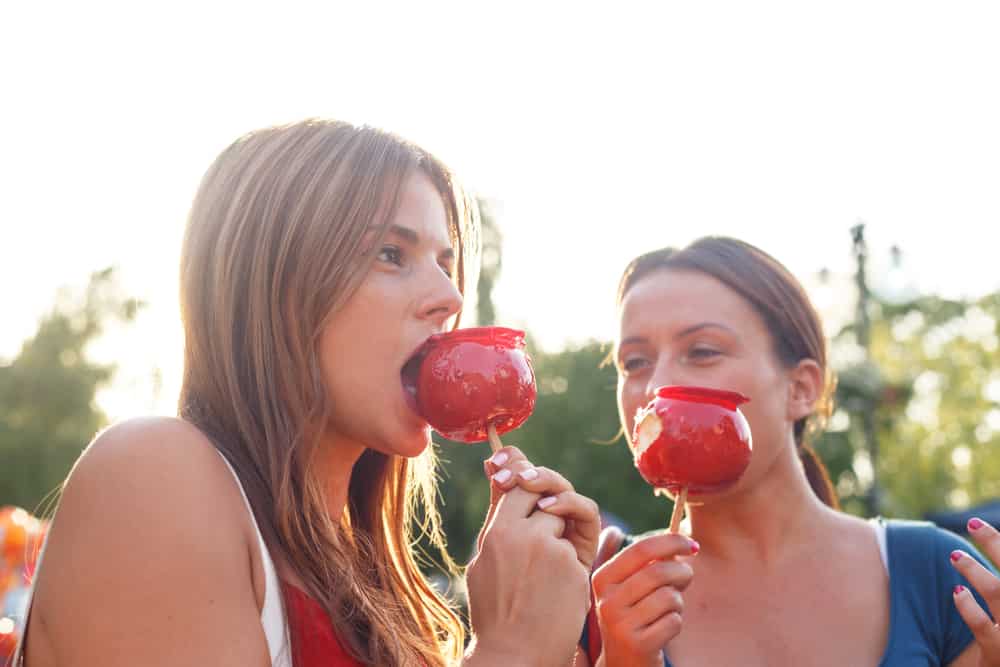 One of the most popular places for pumpkin picking in Massachusetts is Honey Pot Hill Orchard in Stow! It’s a family-owned farm that has been open for just shy of 100 years. This farm, in particular, is very well known for its pumpkins, maybe even more than any other farm on this list.

The farm is around 200 acres big and has tons of places for you to pick pumpkins. In addition, you can also check out their farm store, which is filled with everything from hot apple cider to fun caramel apples.

READ NEXT  11 Great Places to Go Apple Picking in Massachusetts 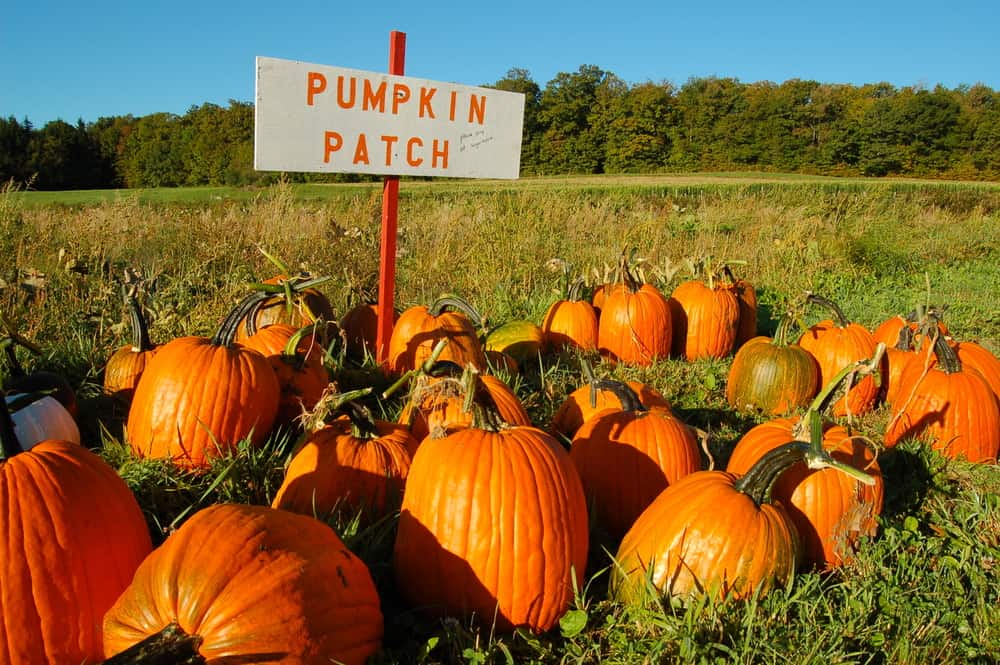 Parlee Farms is located in Tyngsborough and has an amazing pick your own pumpkin patch. It’s another one of the farms that’s located in the Boston area, so you could easily get a bit of city life and small-town farm life all in one visit to Massachusetts!

While they do have the great pumpkin patch, it’s worth noting that Parlee Farms was actually voted by Yankee Magazine in the past as the Best Pick Your Own Fruit Farm in the entire state. So, be sure to check out their fresh fruit too during your visit, or you’d genuinely be missing out! 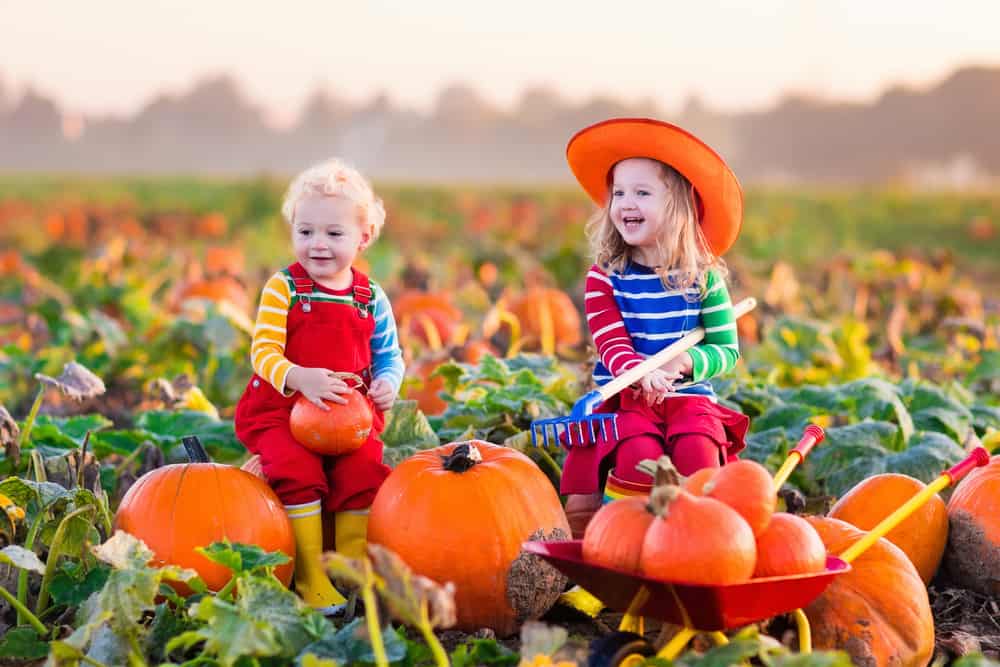 Located in Great Barrington, Taft Farms is a perfect place to go if you’re looking for great pumpkin patches in Massachusetts. It’s right in the Berkshires, which is one of the most famous places to visit in the entire state.

Taft Farms has around 30 acres of pumpkins, so they have tons of different varieties. No matter what type of pumpkin you’re looking for, you’ll surely be able to find it while at Taft Farms. 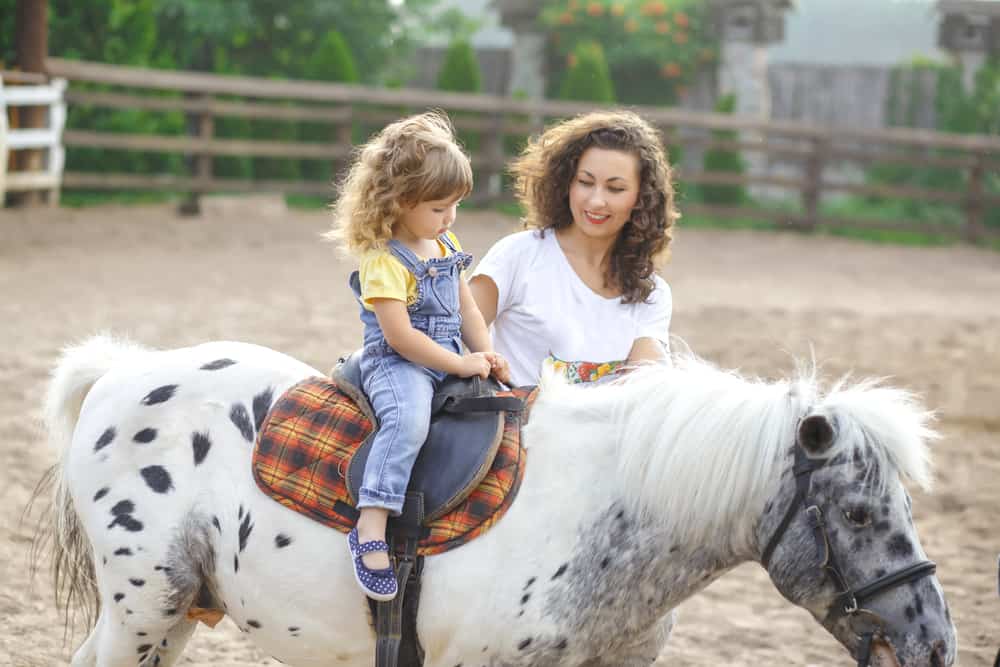 Shelburne Farm in Stow has some great pumpkin patches that are great for visiting in the fall. They open the patch to the public usually during the month of September, but it varies depending on the year. You can generally find more information on their website.

Fun activities happen nonstop at Shelburne Farm in the fall, too, specifically over the weekend. You can ride ponies, go in the hay maze, have fun on a hayride, and even check out their great shop. 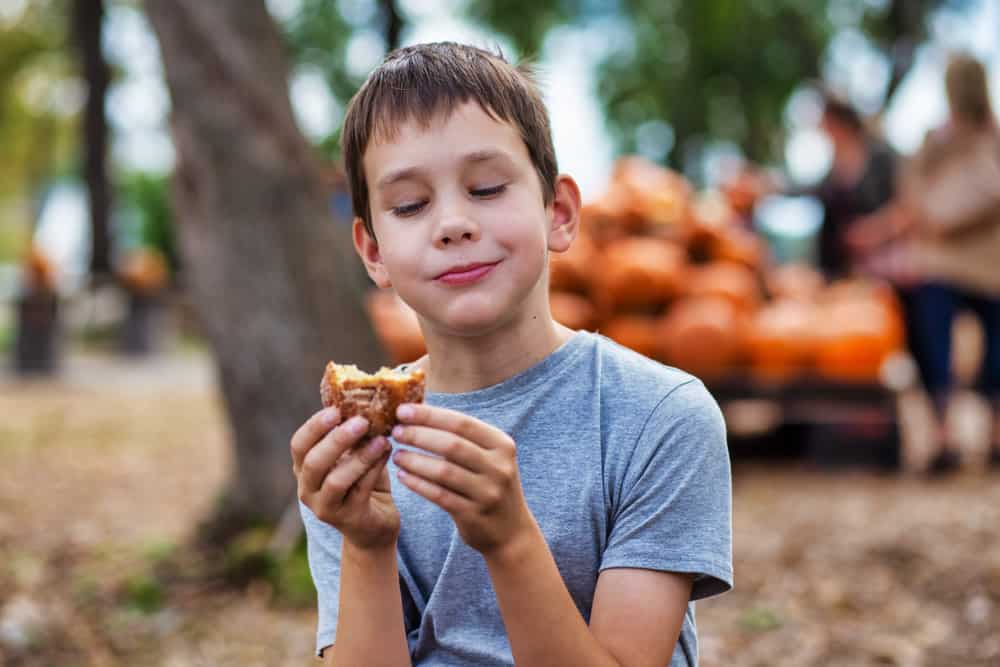 Westward Orchards Farm Store is located in Harvard! Despite being pretty small, this is one of the greatest pumpkin patches in Massachusetts. They usually have a wagon that will bring guests right over to the patch so that they can pick whatever one they want.

When visiting, you absolutely must check out the farm store where they sell other goodies from the farm. You can purchase apple cider donuts, hot apple cider, and even grab a tasty breakfast or lunch during your visit. 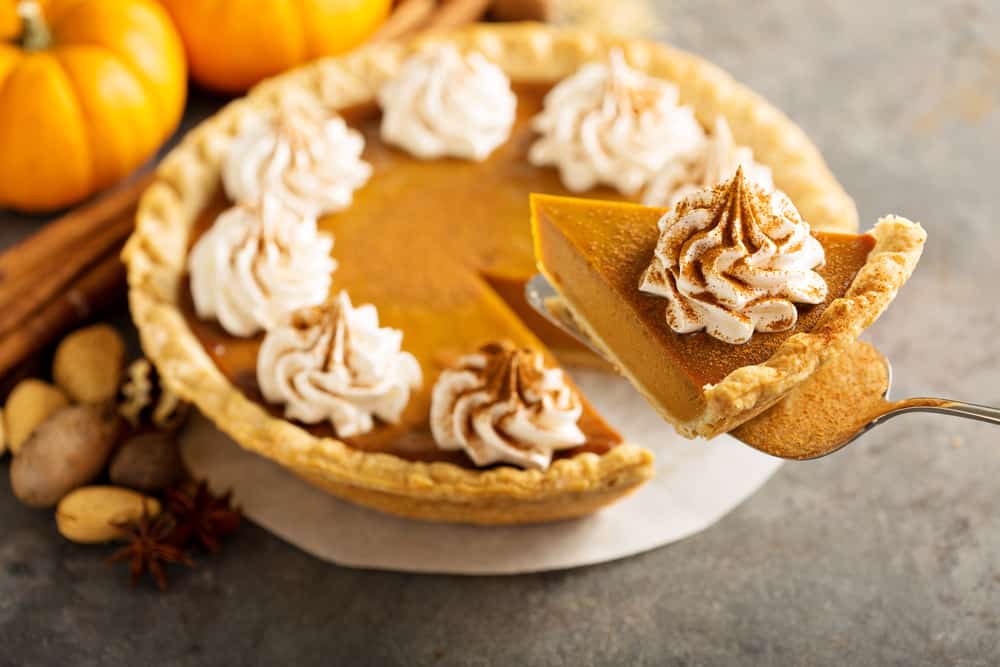 Located in Northboro, Tougas Family Farm is one of the great pumpkin patches in Massachusetts. It’s another great farm that’s run by a family, so you’ll be supporting local businesses by visiting. The pumpkin patch is named after Farmer Mo and is filled with great pumpkins for you to take home.

As you might expect, the farm has more than just pumpkins. Fun things to try out from the farm in the fall include hot apple cider, apple cider donuts, and even delicious pumpkin pie. If you’re traveling with kids, be sure also to bring them to the fun animal petting area! 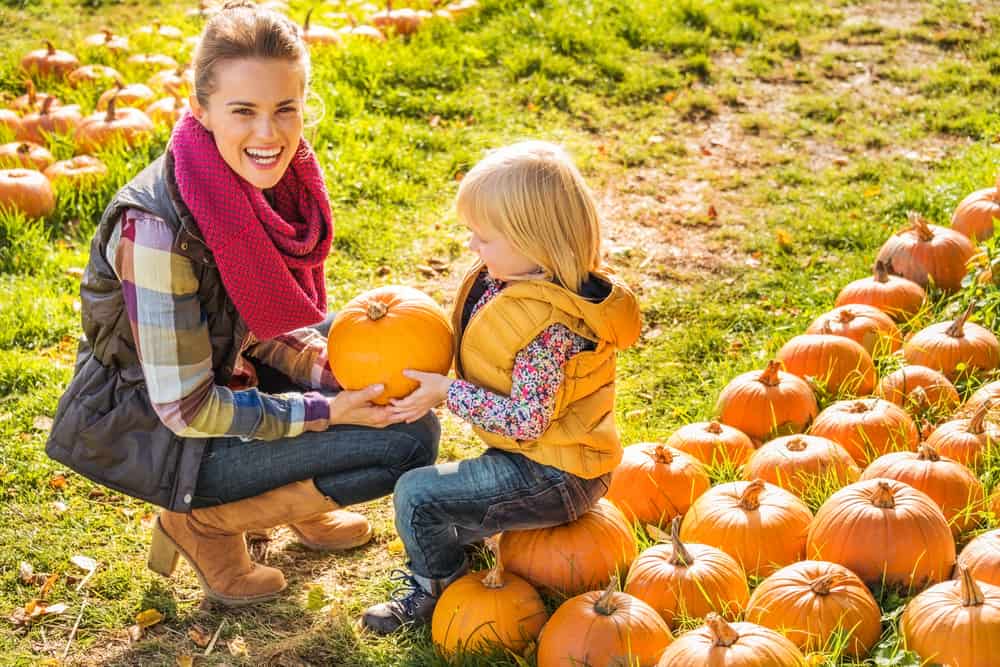 Ward’s Berry Farm is a perfect place to grab some pumpkins. It’s located in Sharon and usually has at least 100,000 pumpkins available each year. It’s near impossible to visit here and not find a fantastic pumpkin to bring home.

One of the best things to do at Ward’s Berry Farm is also to stop by and see the barnyard animals! It’s run by a local 4H and is a great way to introduce children to farm life animals. There’s also a must-visit bakery store that sells tons of delicious treats. 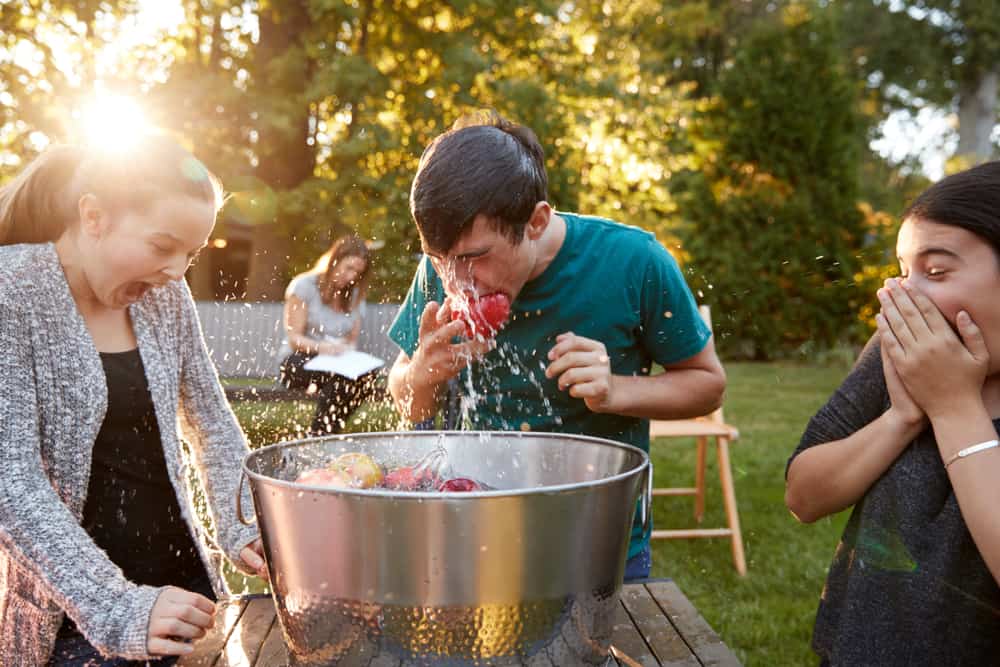 Last but not least is Randall’s Farm in Ludlow, Massachusetts. While it’s located in a spot that not many people might visit while traveling in the state, it’s truly a small-town gem that sells delicious snacks, baked goods, and more.

They have a pumpkin patch that is perfect if you’re trying to find the dream pumpkin to carve this fall. In addition, Randall’s Farm hosts a wide variety of Halloween events and activities to keep you entertained all through the autumn season.

Oh, and if you happen to be visiting during the summer, trying some of Randall’s Farm’s ice cream is an absolute must.