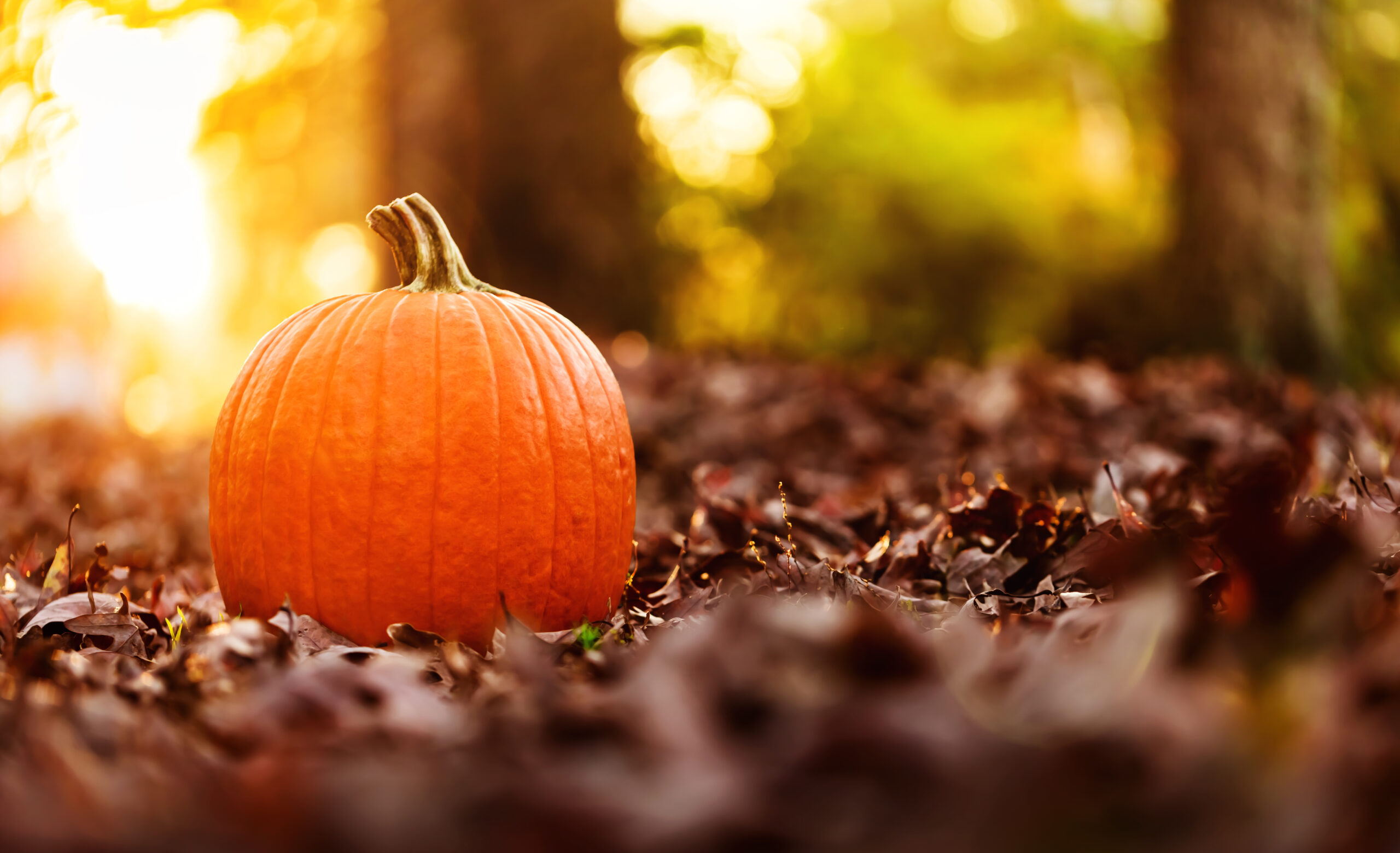 Ready to check out all the Hocus Pocus filming locations? In Salem, Massachusetts, you can!

Hello children of the 80s and 90s! If you’re like me, you may have grown up watching the 1993 Halloween classic Hocus Pocus. This hilarious film starring Bette Midler, Kathy Najimy, and Sarah Jessica Parker, was a HUGE part of my childhood.

And I still watch it almost every year. It makes me laugh, it’s super fall festive, and it has so many lines I can quote all year long. Here’s one of the very best moments of the film:

As a child, the film made the town of Salem look like the epitome of fall and Halloween.

I had always wondered: where was Hocus Pocus filmed?

As it turns out, a vast majority of the scenes were shot on location right in Salem, Massachusetts, and you can visit several of them today!

While the remainder of the film’s scenes were shot elsewhere or on a studio set, Salem boasts a half dozen or so Hocus Pocus filming locations in and around Salem.

We scoped out the best for you, and let you know where and how to find them. Ready? We fly!

The Hocus Pocus Filming Locations in Salem – Find Them All!

Max & Dani’s home in the film is quintessentially New England. A few scenes take place here, including the witches’ departure with a kidnapped Dani in tow.

Max’s attic bedroom always seemed so cool to me as a kid, complete with his own tower. Why would he want to move back to California?!

The Hocus Pocus house location is very close to the water and can be found at 4 Ocean Avenue. (See map below).

If you’re staying in Salem, this is not a very walkable spot as it’s not located in the downtown, touristy area. Driving to the location is suggested.

As this is private property, please be respectful. We took our photo from across the street, and also parked along the seawall, out of the way of traffic. 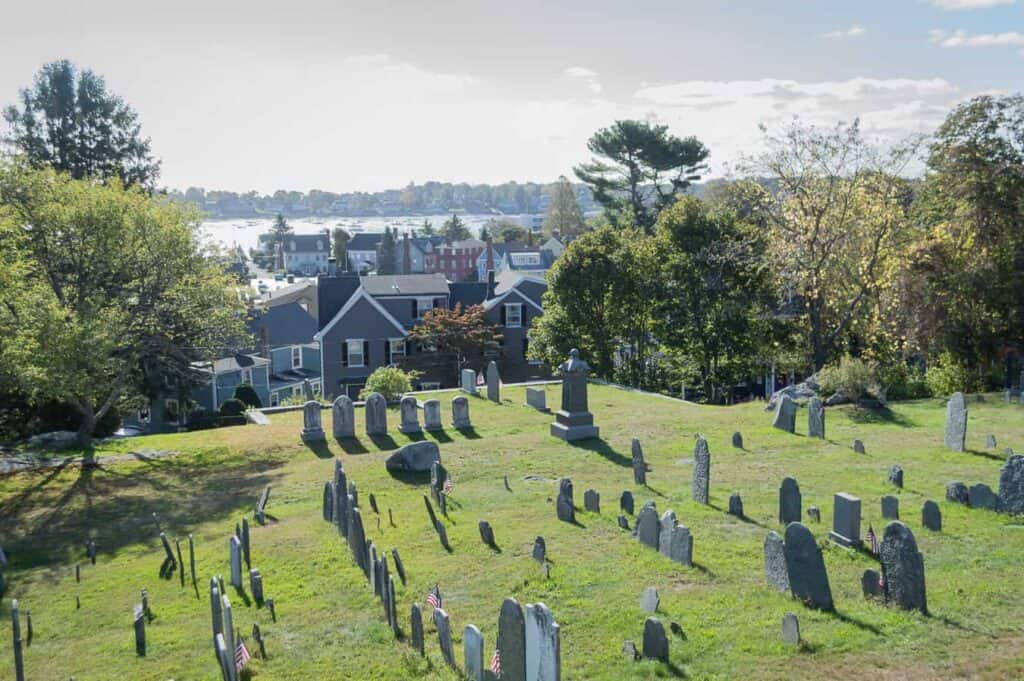 There are a few cemetery scenes in the movie. Early on, we see Max riding his bike through a cemetery filled with crisp, fallen leaves. He is stopped by the local bullies who steal his shoes and give him the nickname “Hollywood.”

This scene was not filmed in Salem, but in nearby Marblehead. This is a good stop after seeing Max & Dani’s house (above) as they are sort of in the same area.

The cemetery in Marblehead is called Old Burial Hill and is one of New England’s oldest cemeteries. It is actually quite an impressive space in a beautiful location surrounded by quaint homes and views of the sea. Many graves here are very old.

There are some spots for street parking along the street below Old Burial Hill.

READ NEXT  8 Great Things to Do in Marblehead MA

The opening scenes of the movie take place in the 1600’s and were filmed at your next stop: Salem’s Pioneer Village.

This is a reconstruction of what the village may have originally looked like so many centuries ago.

It’s a unique place to visit, though it has limited hours. In fact, it seems to be only open on weekends in October. We were unable to go inside the village on our recent visit, so check times before you go.

You can find Pioneer Village at 98 West Ave. 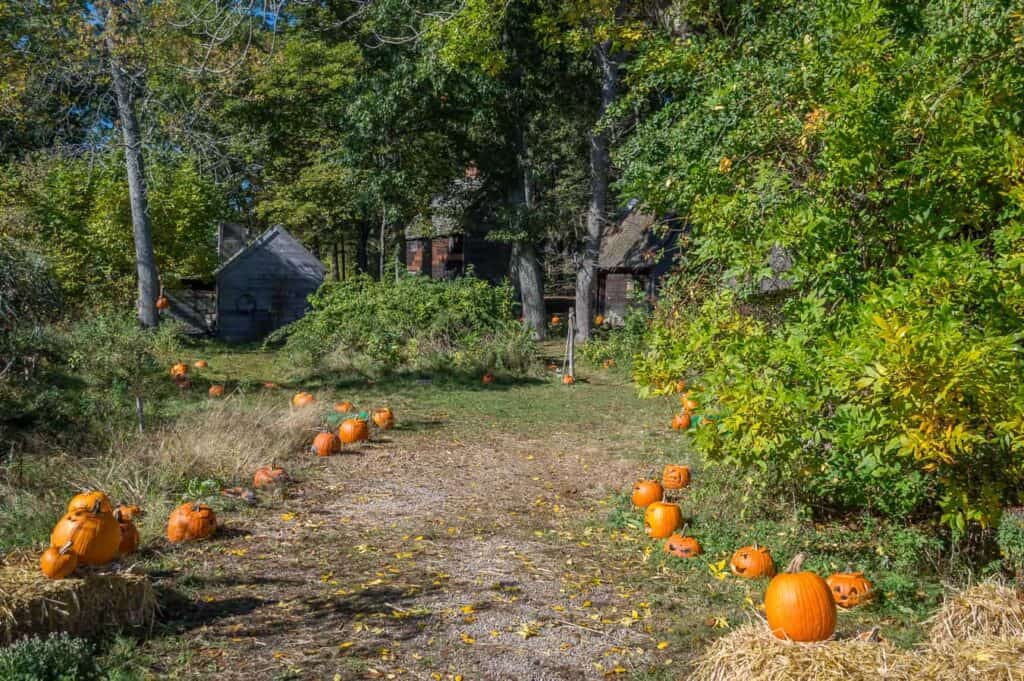 The Sanderson sisters’ house seems to have been a set met entirely for the film. While you may not be able to visit that mystical cottage, it is easy to imagine it from inside Pioneer Village.

Plenty of other historic sites around town may also remind you of the Hocus Pocus witch house, including the home of witch trials judge Jonathan Corwin, known today as “The Witch House.”

READ NEXT  The 5 Best Places to Stay in Salem MA

When the witches come back from the dead, Dani, Max, and Allison rush to Town Hall, where their parents are in the midst of Halloween revelry. The Halloween party they are attending seems absolutely awesome, by the way, even as a kid I wanted to go!

The Hocus Pocus party scene is famous for Bette’s killer performance of “I Put a Spell on You” (see video at top).

It’s super easy to find this Hocus Pocus location when visiting Salem, as it’s right in the heart of town. Just steps away from shops, tours, and the area’s main streets, you’ll find the Old Town Hall at 32 Derby Square. 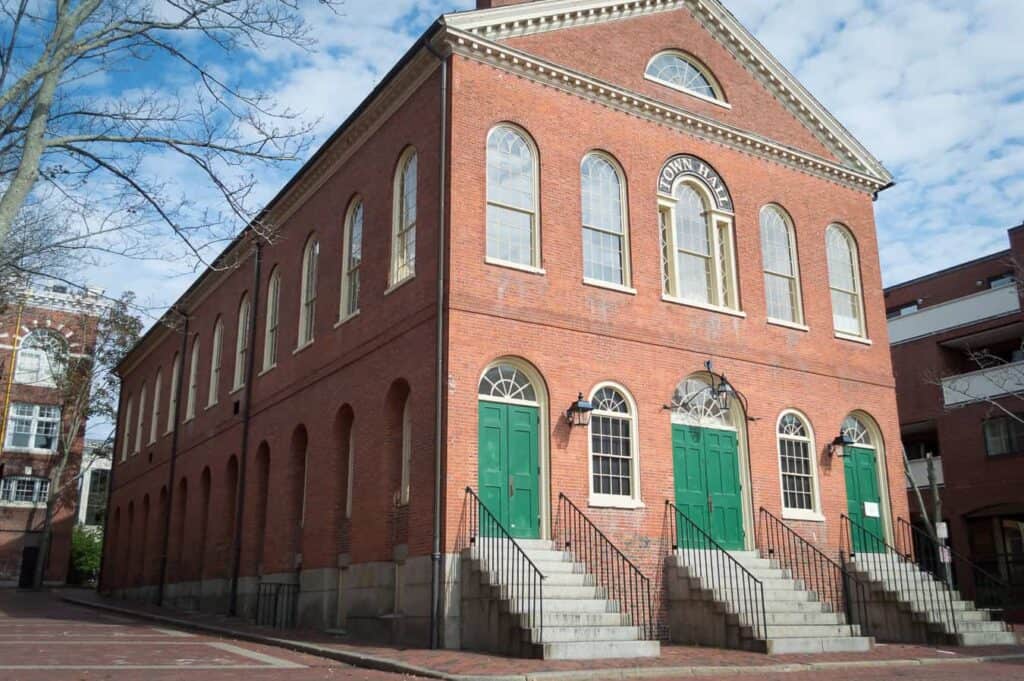 Stop by Salem Common during your self-guided Hocus Pocus walking tour. Not only is it a pretty, quiet place to relax for awhile, there are a couple of Hocus Pocus filming locations right here.

Somewhere within the park, the initial “flirting” scene between Allison and Max was filmed. In this scene, Max gives Allison his phone number, which she returns to him (Trick-or-treat!), since she’s not interested in his lack of belief in the Sanderson Sisters.

In his words: “It’s just a bunch of Hocus Pocus!” 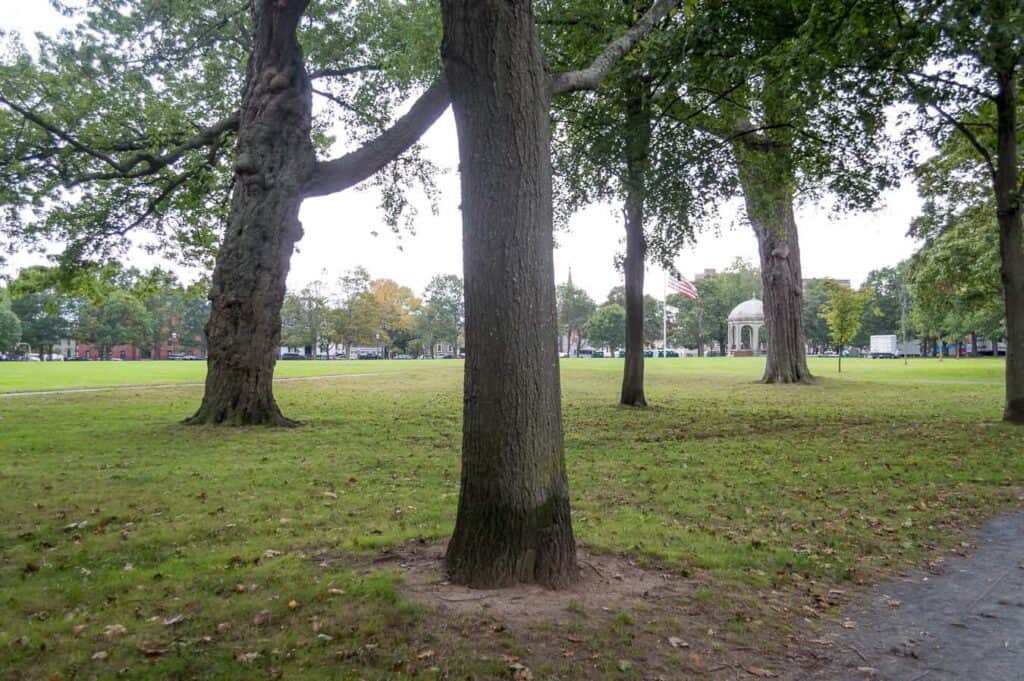 If you time your trip just right, you can catch Salem bursting with bright foliage. This photo SHOULD have crunchy golden leaves scattered across it! Unfortunately we were a bit early, and the trees were still pretty green.

Just off of the Common you will spot the high school used in the film. (‘Tis a prison for children!)

This is a spot where the children lure the witches in their hopes of getting rid of them once and for all. The exterior of the school is immediately recognizable, as is the tall tower or “chimney” which figures heavily into the scene.

Finally, the last stop on your tour of Hocus Pocus filming locations is The Ropes Mansion.

This gorgeous historic home served as Allison’s mansion in the movie. Max & Dani arrive here when trick-or-treating and expect that they’ll bob for apples. Instead, they find Max’s crush Allison inside giving out the candy. 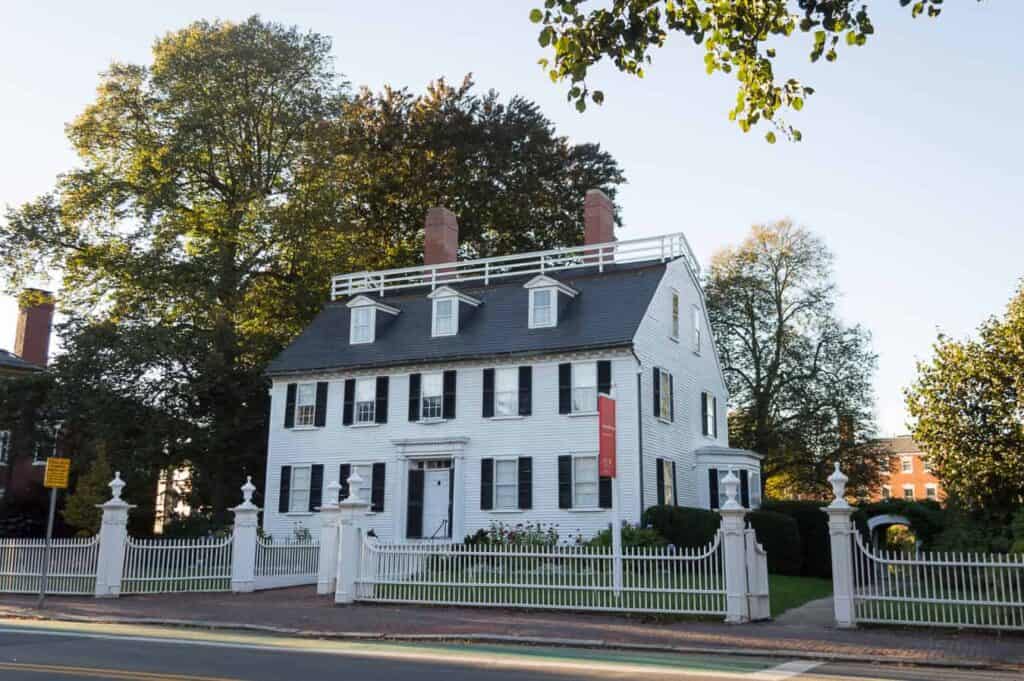 The Ropes Mansion is gorgeous in and of itself and has a lovely garden outside as well. The building is part of the Peabody Essex Museum.

After you stop by the mansion at 318 Essex Street, you can head a few doors down to the Witch House museum. The spooky explorations can continue, as Salem is filled with history and mystery.

Use the map below to help you find the Hocus Pocus spots in Salem!