From old homes in the forest to villages with interesting histories, there are many fascinating ghost towns in New Hampshire!

While many of these towns can no longer be visited, there are still a select few that have remains that you can find if you’re really looking for them. Nonetheless, the rise and fall of many of these historic spots make for a unique read.

Keep reading to learn about the intriguing history of some of New Hampshire’s most interesting ghost towns.

Old Hill Village has an interesting history behind it. In the early 1900s, the town was just like any other town in New England! Throughout the town, you could find businesses, the main road cutting through the center of the town, and there was even a railway nearby.

However, in 1937, this average New Hampshire town got some unfortunate news. The residents found out that their town was going to be made part of the Franklin Falls Dam project. The town itself was going to be used as a flood control reservoir. This meant that the residents of the town had to make a hard decision, move to other towns, or move their whole town.

They decided to do the latter, and between 1940-1941, they purchased land further uphill and started the process of moving their town. Some buildings were actually moved from the original town to the new town! By 1941, the town had been moved, and Old Hill Village was no more.

Today, not much is left of the old town. Just about all of the town was destroyed to ensure that if the old town were flooded, pieces of the old town would not flow down to other towns and cause damage. There are still some stone foundations that can be seen throughout the town though! 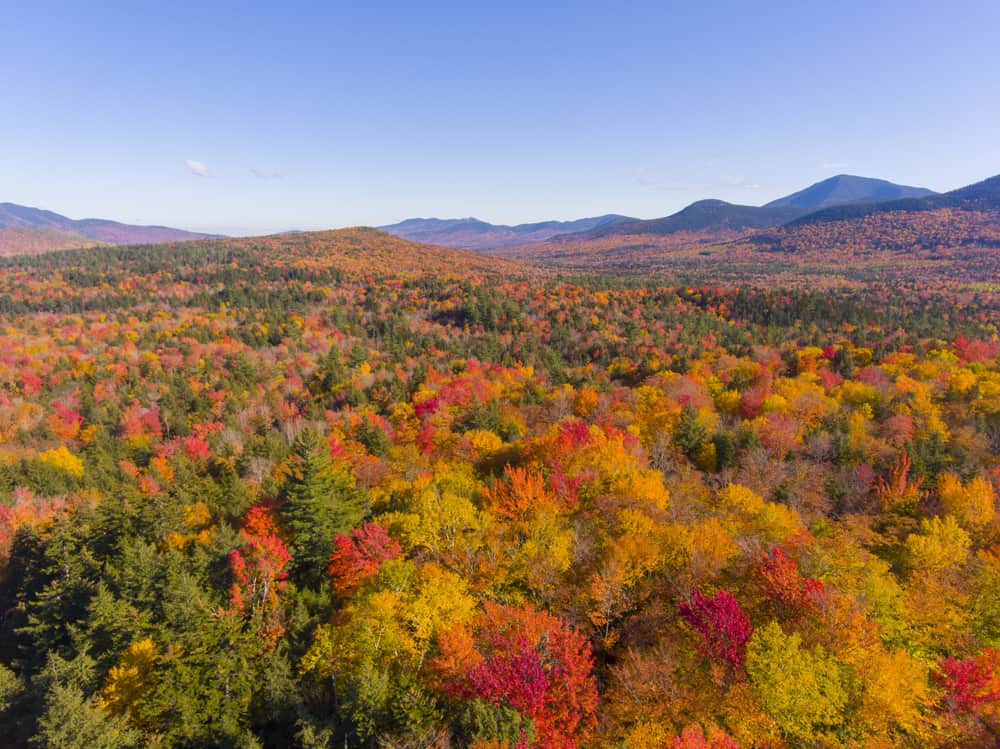 Livermore was an old logging town located in what is now the White Mountains National Forest. Founded in the mid-1870s, Livermore was once a lively town. At its peak, it had about 200 residents, most of whom worked in the logging industry. There were, however, other businesses throughout the town and it even had a school.

The mill, however, was the main industry in the town. Ultimately, a series of unfortunate events led to the downfall of this town. The town saw a couple of fires that affected different parts of the town, but the nail in the coffin came in the 1920s.

A flood in the 1920s caused further damage to the town, but it also flooded the mills. With the mills destroyed, many of the residents up and left for other towns throughout New Hampshire that offered work.

There were some residents that stayed in Livermore and tried to cling to what once was of this NH ghost town. However, by 1950, all of the residents of this small town had left.

Today, you can explore what is left of Livermore. The Sawyer River Trail in White Mountains National Forest will bring you right past where this town once stood! 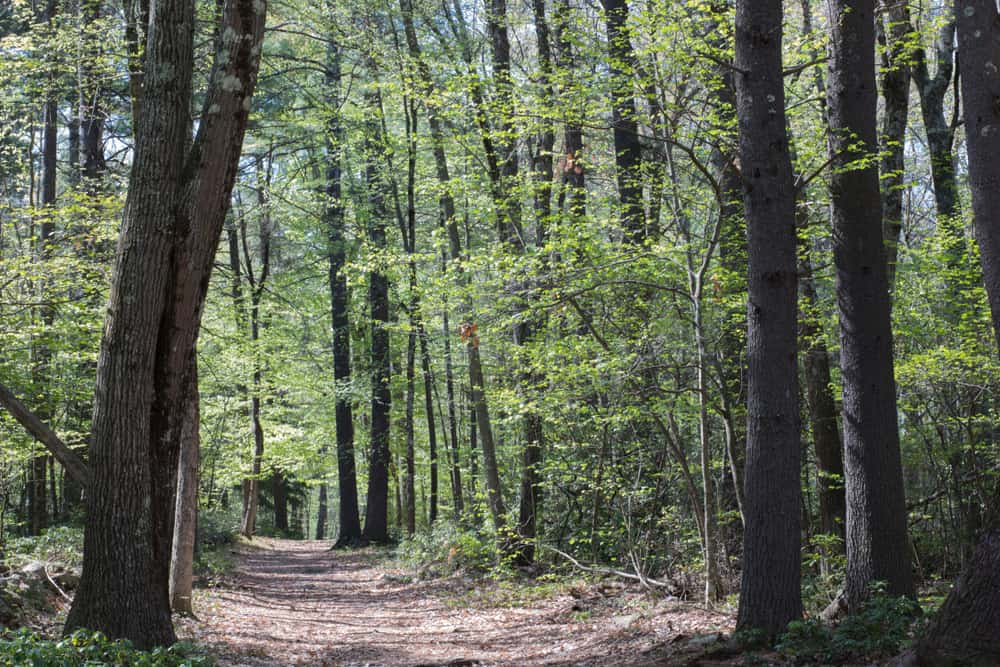 Monson Center dates back to before America even gained its independence, but the town did not survive for very long. The town itself was founded in 1737, but it was quickly abandoned in 1770.

There is a lot of debate about what caused the residents of this town to leave it so quickly. It is thought that the downfall may have been caused by poor planning for the town or an unfair tax structure. Whatever the cause, the residents did not stay in Monson Center very long.

Today, however, the land the former town was once on has been well preserved. The Society for the Protection of New Hampshire Forests has worked to keep this area protected, and there are now a couple of miles of trails that you can explore around this former town. There is even a museum that tells the story of what once stood on the land! 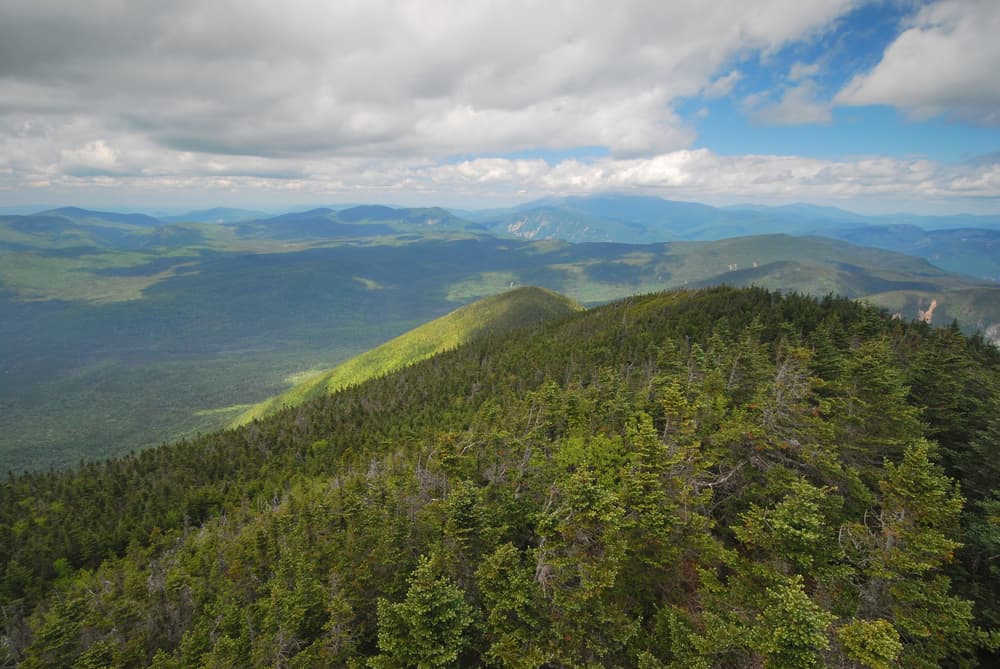 Carrigain was another lumber town located not too far from Livermore. While this town was lucky enough not to have the fire and floods that Livermore did, that’s where its luck ends!

At first glance, Carrigain was set up perfectly. The town was able to use the Saco Valley Railroad to move its lumber, and the town was able to grow and build churches, schools, and a mill. However, what started as a successful town in 1891, turned into a ghost town by 1898.

In just a couple of years, there were not many mature trees left to be cut down which caused the lumber industry to decline. The mill eventually closed and railroad service ended which caused the residents to leave.

Today, there are only a couple of remnants of this old town. There are still a couple of foundations that can be found as well as the tracks of the abandoned railway.

The story behind this next place is interesting. A New York costume designer, Madame Sherri, bought land in Chesterfield towards the end of the 1920s. Her intention was to build a luxurious home where she could stay in the summer, and that’s exactly what she did.

Madame Sherri’s Castle as it has come to be known as was once a lavish home that was used to host parties for Madame Sherri and her friends. Unfortunately, though, Madame Sherri’s money dried up, and the home was abandoned.

After abandoning the house, a fire in 1962 eventually destroyed most of the house. You can still, however, see the remains of the stone staircase and some other parts of the house today, which is one of New England’s interesting castles. This is a really cool place to visit if you are around Chesterfield, and it is sure to make for some amazing photos! 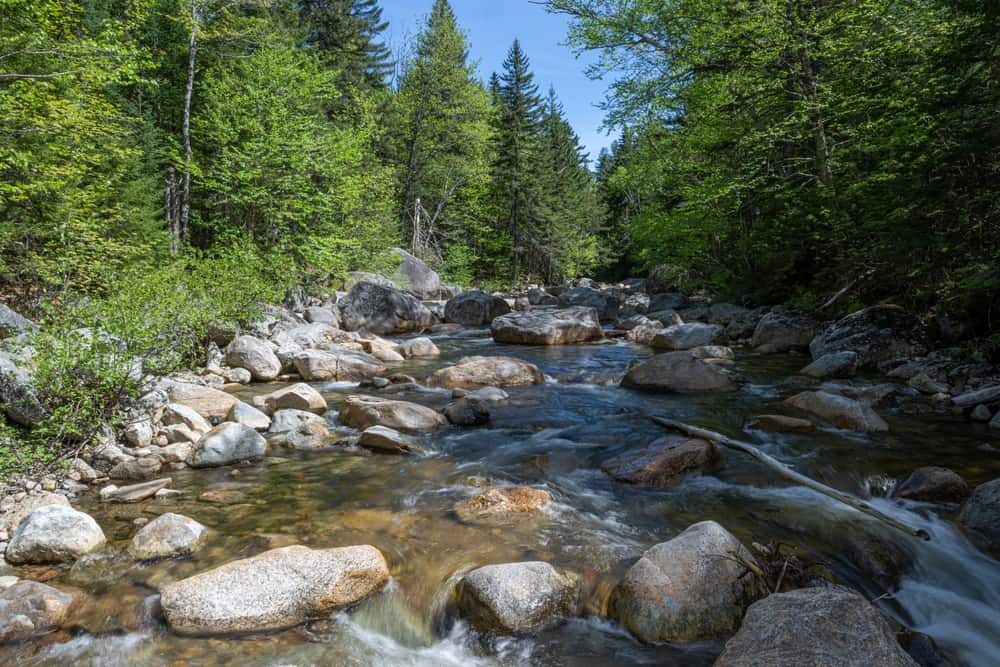 Founded by James Everell Henry in 1880, Zealand was another logging town in New Hampshire. Zealand was actually a thriving town at one point. There was a 10-mile railway that was used to bring the lumber into town after it was cut.

The mill that was built by Henry even employed up to 250 people, depending on the season. However, like most other logging towns, the industry started to decline as there were fewer and fewer mature trees that were able to be cut down.

Today, you can still see a few remaining pieces of the mill by visiting the Zealand Campground!

Roxbury was a small mining town that is thought to have seen its peak in 1830. At that time, the population was a couple of hundred residents. From that point on, the population started to decline slowly.

It’s thought that the Great Depression played a big role in the downfall of this town. That combined with the emergence and the preference for concrete over stone led to the abandonment of Roxbury, unfortunately.

READ NEXT  22 Dreamy Cabins in New Hampshire to Book ASAP

Freetown was a small town that was founded back in the 1700s. While the town most likely was not home to a lot of people, it did have a successful mill. It’s thought that the mill employed about a dozen local people during its time. Unfortunately, not much is known about what happened to the people of the town or why it was abandoned.

Today, not much is left of this abandoned town. There are some remains of the former mill that you can explore! Since there is not a lot left of this town, it is the perfect place for a quick stop on a road trip. 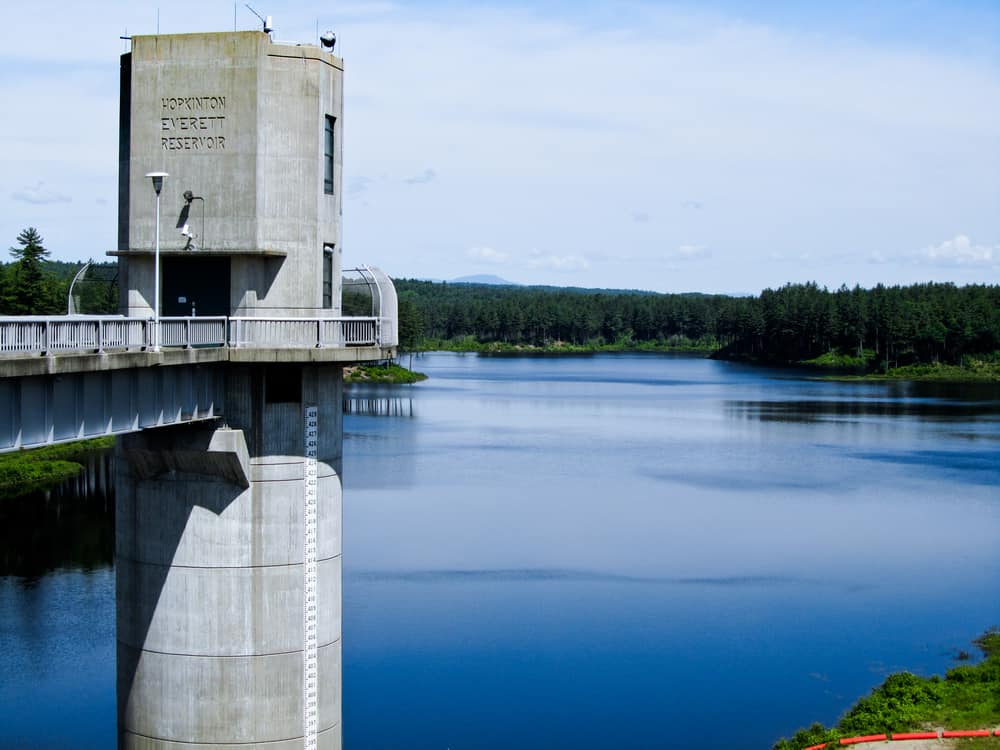 East Weare’s story is a unique one when it comes to ghost towns in New Hampshire. Unlike most of the other towns on this list that were mostly logging towns, East Weare was mostly made up of local farmers. During its peak, it was home to around 60 different families.

In addition to the farms in the town, there were churches, a school, lumber mills, and even a train depot. However, the town itself came to an end in 1960. As part of the Everett Flood Control Project, East Weare was flooded, and the town was abandoned.

The residents of East Weare scattered to towns throughout New Hampshire and the surrounding states. The buildings, however, were thought to have just been left where they were and are possibly still underwater to this day!

Today, you can head to Clough State Park to get a view of the dam and where the town of East Weare used to be. There is even a beach at this NH state park that you can spend that day at!

Hopefully, this post has introduced you to some of the greatest ghost towns in New Hampshire!