Even though it’s the smallest state in New England, there are actually a variety of ghost towns in Rhode Island, and some of them have gripping stories that you’re surely going to want to hear about.

Some of them are amusement parks, and others are entire cities that had an unfortunate demise. Many of the ghost towns in this state have remains that can still be seen in state parks, like old gondola stations and other unique remnants.

So, what are you waiting for? Here are some of the interesting ghost towns that can be found in Rhode Island.

Hanton City, also known by some as the Lost City, is an old town in the woods right outside of Smithfield, RI. There is actually a trail, the Hanton City trail, that you can hike along to find this forgotten city.

The history behind this city is relatively unknown because of how isolated it was from the surrounding towns. Some people think that the town was made up of runaways others speculate that the residents were British soldiers who left the Revolutionary War and others think it was actually inhabited by those who were exiled after continuing to support the British. The reality is though, there is no concrete answer to who actually lived here.

The town is thought to have been founded in the latter years of the 1700s, but by the early 1900s, there was no one left in the town.

Today, you can still find quite a bit from this forgotten town. There are still some foundations, walls, and a dam from the old town. You can also walk through the old cemetery! While some people do say it’s a bit creepy, the unknown history behind this town makes it a great place to explore. 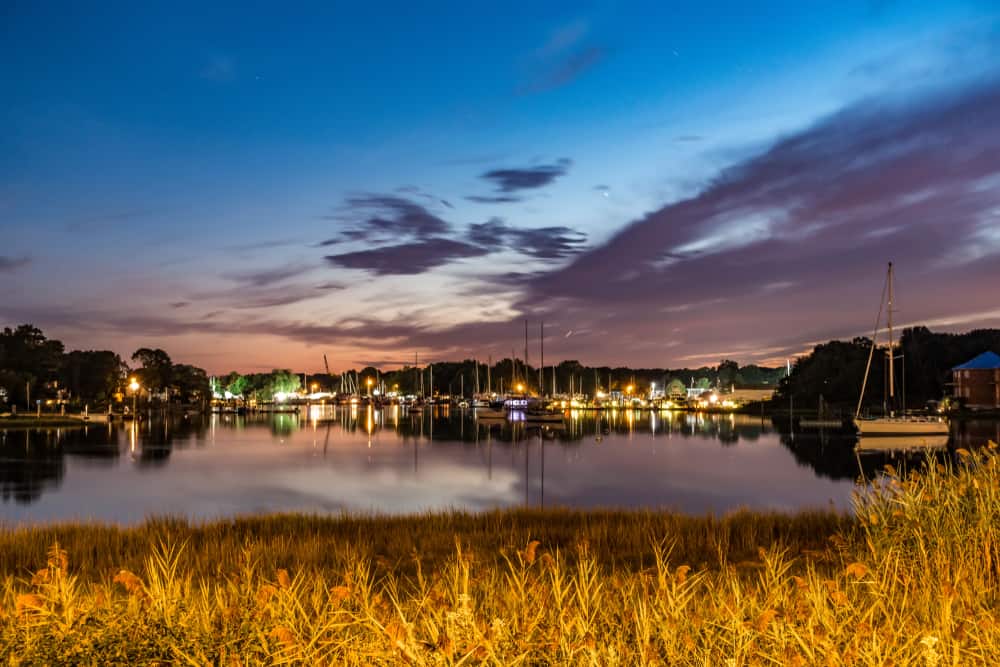 Established in the 1850s, the Rocky Point Amusement Park was a big part of Warwick’s town history. It was a favorite spot for many Rhode Islanders and is still talked about and remembered today.

The park itself was built right near the beach and slowly started to grow larger and larger as it gained popularity. There was even a hotel built along the shore to help promote tourism in the area. Steamships also made it easy for people to travel to the park. At its peak, the park featured various different roller coasters and a ferris wheel.

Outside of the rides themselves, there was also a bowling alley and restaurants that were most popular for their clams.

While the park was very popular among locals, it was not immune to some hardships. The first blow came in 1883 when a fire burned down the hotel at the park. The hotel was able to be rebuilt though. In 1938, a hurricane hit the shore and damaged a bunch of different rides at the amusement park.

However, the amusement park was able to stay open until 1995. At that point, the park had to close due to some financial issues it was having. Even though the park closed, not all of the rides went to waste. Many of the more popular rides in the park were actually sold to other theme parks around the world.

In 2014, Rocky Point Park became a State Park. Today you can still see some remnants of the amusement park like old signs and ruins. You can even hike along the shore for some beautiful views of the water! 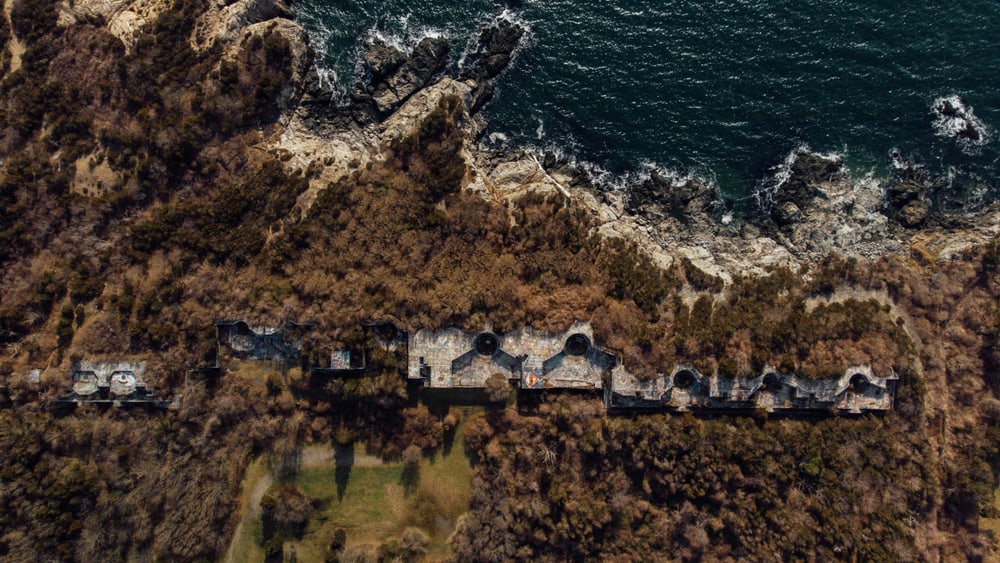 Fort Wetherill was a military base in Jamestown that was first established during the Revolutionary War. It is located right on the coast, and it offered the perfect vantage point to watch for enemy ships approaching.

After the Revolutionary War, the fort remained active and was used as a training camp for the US military. When World War II came around, the fort was prepped and ready for a war to come to its shores, but that never happened.

As World War II came to an end, so did Fort Wetherill. With no imminent threat on the horizon, the base was abandoned by the US military. It was not until 1972 when the area started to see some life again.

At this time, the state acquired the fort and the surrounding land. Today, the area is a State Park and is used for a ton of different activities. There are various hiking trails along the coast, and it is even a popular spot for water fireworks and boat shows.

There are still some remains of the fort left within the park. Most of the areas surrounding the fort are fenced off, but that doesn’t necessarily stop people from exploring it. You can still see holes in the building where cannons used to be shot out of and walk through some of the tunnels. This is also a popular place for graffiti artists, so you are sure to find plenty of art around the area! 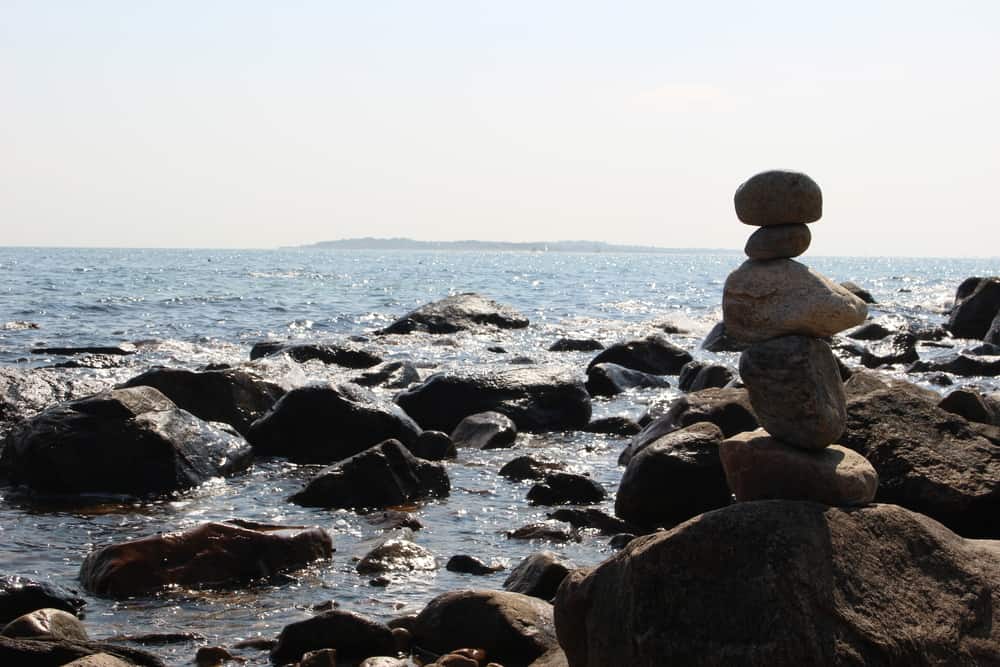 Napatree Point once was a town right on the water’s edge. During its existence, you could find many houses throughout the town as well as a military fort. However, the fate of the town was sealed in 1938.

In 1938, a hurricane hit Napatree Point that completely destroyed the town. Some of the buildings throughout the town were washed away into the harbor. Other parts of the town were thought to have been buried under the sand dunes.

Today, most of the former town is covered in sand and plants, but you can still sometimes find pieces from the past buried throughout the sand. If you are looking to explore this town for yourself, you will have to walk a bit actually to find it. The roads were washed away in the hurricane, so you do have to park about a mile away and walk along the beach to reach Napatree Point!

The Ramtail Factory definitely has an interesting and eerie history to it. In the late 1790s and early 1800s, the Potter family owned and operated the Ramtail Factory. At this point, everything was completely normal, and there was nothing truly special about this factory. However, all of that changed in the 1810s.

The Potter family brought on their son-in-law Peleg Walker, and Walker joined as a night guard over the factory. One of his main duties was to ring the bell each night to signal the workers.

After an alleged dispute in the early 1800s, Walker ended up hanging himself in the factory. This is where this normal factory took a haunting turn. After his death, the bell in the factory continued to ring at midnight every night, even though no one was ringing it. The Potters removed the rope in the bell to try and prevent this. Instead, they were woken up to a fully operational mill.

These events scared most of the people living in the surrounding area to leave as they were afraid of what was going to happen and eventually, the factory closed. In 1885, the area was even listed as haunted in the official census.

Some people believe that what remains of the factory is still haunted by the ghost of Peleg Walker. While not much is left, you can still explore some of the foundations of the old factory. If you are looking for something a little more haunted, you definitely will not want to miss out on Ramtail Factory.

The Enchanted Forest Amusement Park was a fairytale-themed park that opened up in the early 1970s. The theme park was built in a more natural setting, and the owners worked to preserve the trees and natural areas around the park. There were even ponds on either side of the park with waterfalls!

The park was beloved by many and was a very popular place for kids to go with their families during the summer. They had rides like bumper cars, a ferris wheel, and go-carts as well as a petting zoo that boasted a wide variety of animals.

All of these attractions, however, were not enough to keep the park open. In 2005 the park officially closed and when asked why the park closed, the owner said that it had to do with the continual decrease in visitors every year.

Once the park closed, some of the rides were sold to other amusement parks, but some of them were just left where they were.

Today, there is not much left of the park. Some of the rides that were left have now been engulfed by the surrounding nature. It is important to note that the amusement park is on private property. If you are looking to explore the abandoned park, you will need to get permission from the land owners before going in!