Massachusetts is filled to the brim with a history dating back to the founding of America. While most places within the state have evolved and grown as time has gone on, some of these towns have been forgotten. These ghost towns in Massachusetts each tell their own story and play a role in the history of this state.

From storms to remote locations to reservoirs, the rise and fall of each town (and what’s left today) is fascinating. Whether you are planning a trip to see all of these towns or are just passing by them, here are some of the top ghost towns in MA! 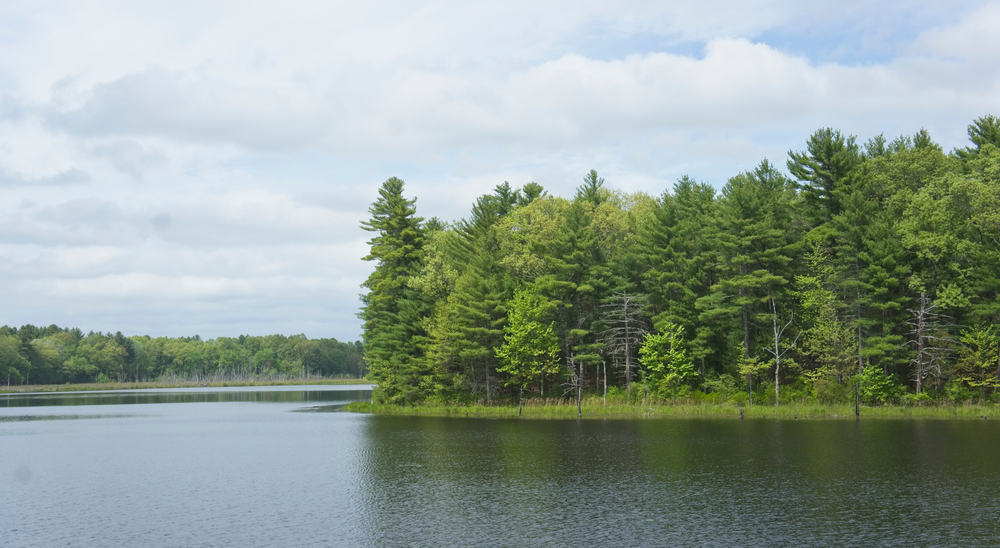 What began as a small farming village, Catamount, ended up playing a big role in United States history. Founded in the early 1800s, Catamount was a small town located near Pocumtuck Mountains. While the town itself was pretty small, it was a somewhat popular place to escape to and take in the views of the Mountains.

You may not think that anything monumental could happen in a small town like this, but in May of 1812, the US flag was raised over the public school in the town, marking the first time this happened in the United States. To this day, there is a monument located in the abandoned town that marks the spot where that school stood.

The solitude and beautiful views, however, were not enough to keep this town occupied. By the 1900s, the town was abandoned. Its remote location led to its fall as it was too hard to access since many trains and roads completely skipped the town.

Today, the area is now part of Catamount National Forest. Throughout the forest, you can find hiking trails that were originally the paths that locals used to get around the town. You can even still find some walls and foundations marking where the town used to be! 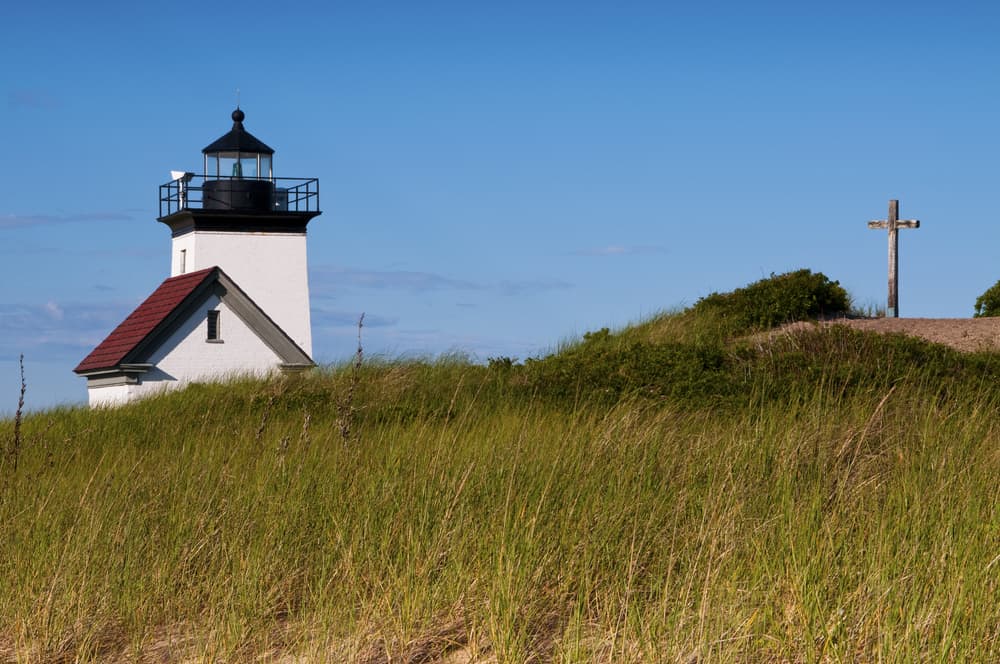 Just outside Provincetown, MA on Cape Cod lies what used to be Long Point. While Long Point was one of the most remote places on the Cape (which partially caused its demise), it used to be home to a thriving town. Today, however, it is just known as another one of Massachusetts’ ghost towns!

Situated right on the coast, Long Point became a popular fishing village in the early 1800s. More and more fishermen came to settle on Long Point and eventually, a lighthouse was built on its point in 1827.

Even though the town was remote and was not very easy to access from Provincetown, it slowly began to grow and eventually became large enough to build a school and a post office! Despite having to cross the dunes of Race Point to access the town back then, Long Point continued to grow.

This growth was short-lived though. As the waters became less and less fertile for the fishermen and other jobs on the shore began to slow, many people started to move back to Provincetown. Some of these families even uprooted their houses and floated them across the water to their new home!

Today, not much remains of Long Point. However, if you are up for it, you can walk just over 2 miles from Provincetown to see the lighthouse on the point.

READ NEXT  10 Abandoned Places in Massachusetts

Situated in Rowe, Massachusetts, Davis was once a major mining village. After students studying geology at Amherst College discovered an iron pyrite outcrop, a mine was quickly established in the town.

Opening in 1882, the Davis Mine became the largest pyrite mine in Massachusetts at the time. Over the next 10 years, there were multiple buildings built for the mine, including a railway, a post office, and a mining school.

However, the Davis Mine and town had an abrupt fall from a profitable mine to a MA ghost town. The mine suffered a couple of cave-ins as the mine became more run down and, and in 1909, suffered a major cave-in that effectively shut down production at the mine.

While they did still try to mine closer to the top after the incident, it just was not as profitable and eventually led to the mine closing in 1912. The school was still active for just over a decade after the mine closed, but it too shut down in 1924.

Today, the is little left of this town. Now sitting on private property, all that remains are a few capped mine shafts and the foundations of a couple of the buildings that once made up the mine. 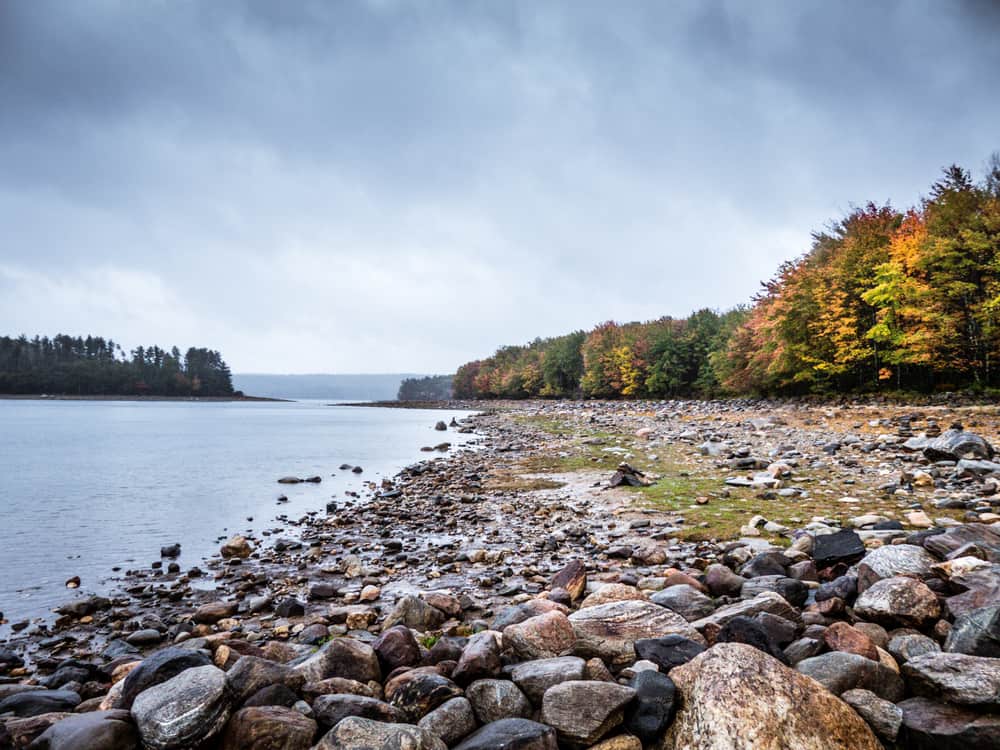 These four towns make up one of the more unique stories of ghost towns in Mass. Dana, Enfield, Greenwich, and Prescott were all individual towns located in central Massachusetts in the early 1900s.

Around this time, however, the city of Boston was growing, and they quickly discovered that they were running into a water shortage. To combat this, it was decided that a valley was going to be flooded to create what is now known as the Quabbin Reservoir. Unfortunately, the valley they were going to flood was home to the towns of Dana, Enfield, Greenwich, and Prescott.

Even though the towns were disincorporated, the towns themselves were not completely demolished before it was flooded. Many structures were flooded as the reservoir was created and some have even been found as parts of the former towns are now above the water level. There are even some of the roads from the abandoned towns that lead right up the water’s edge!

READ NEXT  10 Best Bookstores in Massachusetts 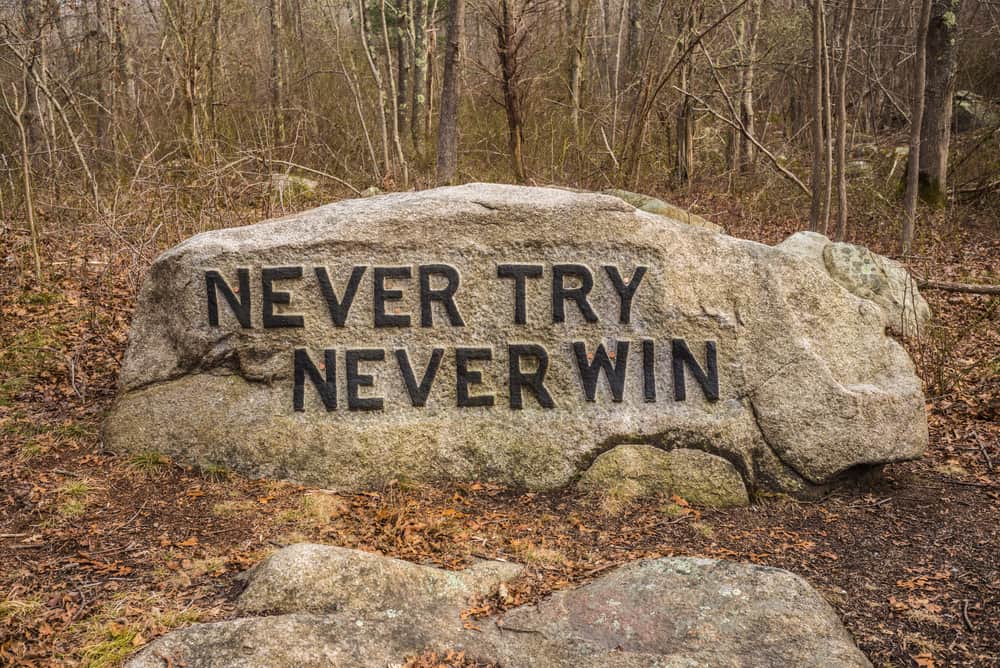 Dogtown is a ghost town with a very interesting history. Located a little further inland than some other towns at the time, Dogtown became a popular place for families to move. The location offered more protection from threats of pirates than the towns along the coast.

Between the late 1600s and the early 1800s, Dogtown began to grow and was home to around 100 different families. However, after the war of 1812, families began to move from Dogtown back to the coast or out west.

Fears of coastal attacks were dwindling, and roads began to be built which rendered the protection of an inland home unnecessary. As more families began to leave, Dogtown transformed from a normal town to the ghost town we know today.

Once the “respectable” families left Dogtown, the ones who remained were mostly less well-off, widows or single women. It is rumored that these widows and the single women began to practice witchcraft and strange figures and sounds were seen around the town.

Today, you can find 36 different rocks around the town that are inscribed with odd and sometimes creepy inscriptions, abandoned cellars, and a toy cemetery. If you are looking for a one-of-a-kind ghost town MA, Dogtown is definitely one you don’t want to miss!

Named for the whitewashed rocks on the coast or potentially the buildings in the town, Whitewash Village was not an easy place to settle. Originally, the town was only really used as a stopping point for sailors or the shipwrecked.

The weather on the water and near the town made it difficult to live there, but at its peak, around 200 people lived in the town. Most of the inhabitants were fishermen, but the town did grow enough to have things like a school and an inn.

However, a storm in 1860 sealed the fate of Whitewash Village. The storm actually changed the coastline of the town, and it became too hard for the boats actually to get back into the water. This caused most of the residents to leave the town.

During World War II the town was used as a gunnery range, but no town has been re-established there since that storm. Today, Whitewash Village is actually a US Fish and Wildlife Service National Refuge. While most of the original buildings have been destroyed, Whitewash Village is still a great place to go to see wildlife and fish!

READ NEXT  11 of the Best Hikes in Massachusetts

Of all the ghost towns in MA, Questing has one of the least eventful downfalls. Questing was an early colonial settlement that was an active town until the late 1800s. Nothing eventful or dramatic happened that caused its residents to leave. It is thought that the people living in Questing just decided to move west and the town was abandoned.

Two brothers founded a farm on Leffington Hill in Questing in the mid-1800s, but this, too was eventually abandoned in the early years of the 1900s. Their farm was purchased in 1970, and the owner eventually donated that land to create a nature reserve in 1996.

The nature reserve is still active today, and you can hike, ski, bike, and view the wildlife around the reserve!

Hopefully, you enjoyed this post all about the best ghost towns in the state of Massachusetts. While many of them aren’t available to be visited today (because they are no longer standing), it’s still fun to learn about them and learn more about the history of the state.