If you’re interested in learning more about ghost towns in Vermont, you’re in the right place. Believe it or not, but the Green Mountain state has had quite a few towns that rose and fell over the years.

From towns that focused on lumber to ones that grew and even housed hotels and schools, this list is filled with many interesting spots that you’ll want to know about. Some of them can even still be visited to this day, and a few of them are said to be pretty eerie.

Keep reading to learn more about these ghost towns that can be found throughout Vermont. 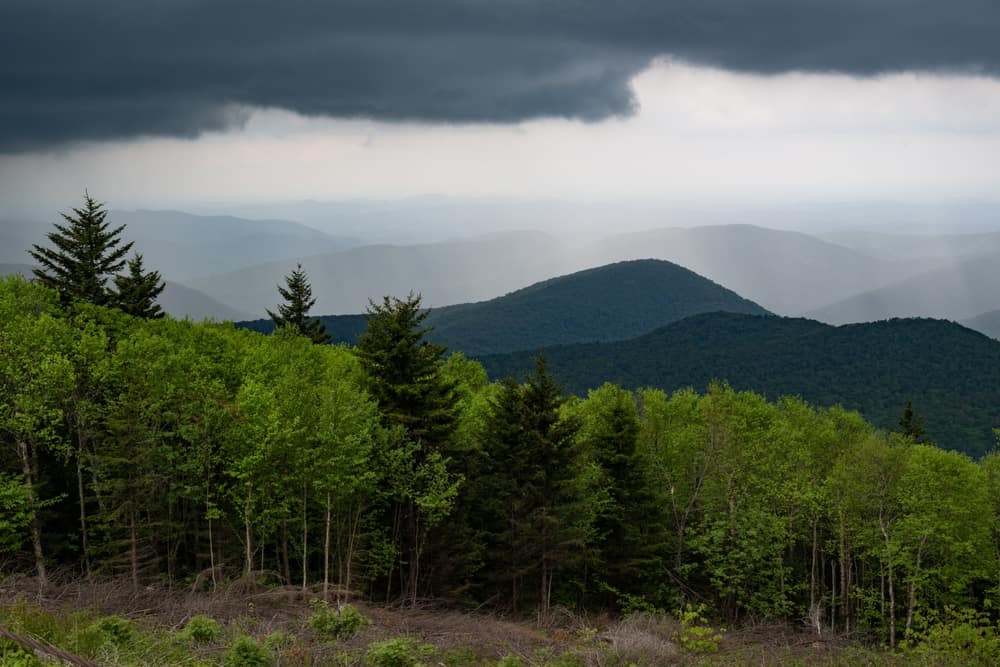 Glastenbury was once a thriving town in the 1880s. At its peak, this town was home to about 250 different people. The town was mostly focused on the lumber industry. But it did grow to include other stores, a blacksmith, and even a post office.

Eventually, as more trees were cut down, a trolley route was built through the town to try and encourage tourism in the town. Unfortunately, though, all of that work and that entire trolley route were destroyed in a flood in 1898.

Instead of trying to rebuild what was once there, most people decided to just leave the town for other surrounding towns and states. Today you can still find some remnants of the former town on Glastenbury mountain.

This town is also thought to be somewhat haunted now, and there have been a couple of disappearances that have added an eerie feel to the town that used to be.

Just 20 years after Tyson started the mine, it was closed after he retired. It did reopen 5 years later after the mine was purchased, but it did not stay open very long. The iron ore became depleted, and eventually, the residents moved away for better opportunities.

Today, there is not much left in the town. You can, however, find a few summer homes scattered around Tyson Furnace.

READ NEXT  10 Abandoned Places in Vermont 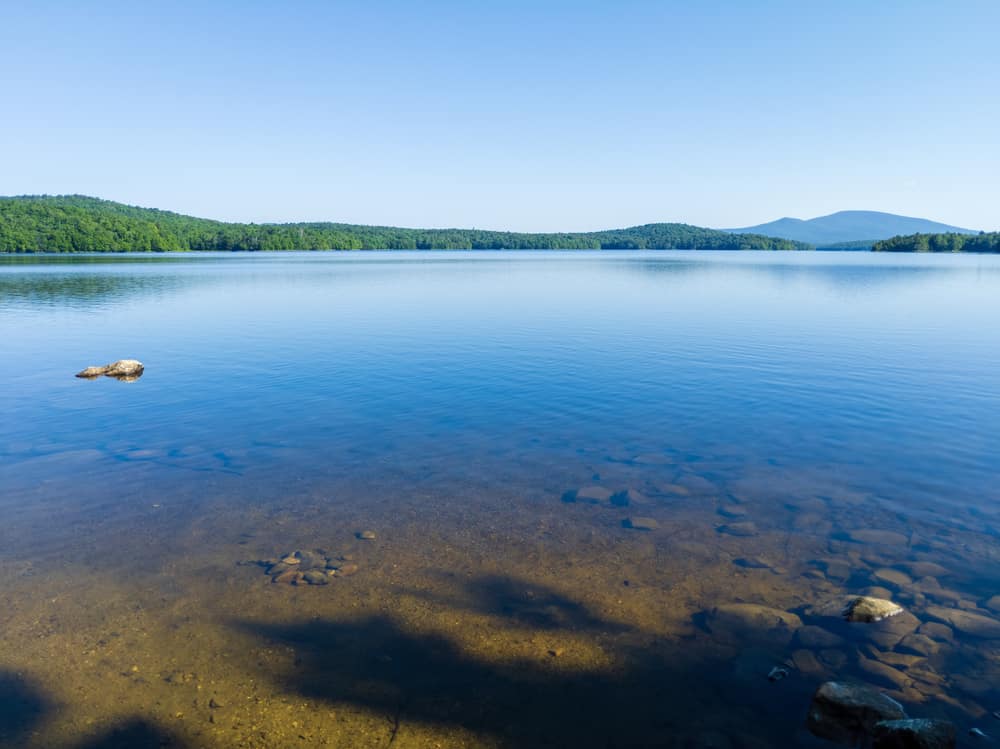 Established in 1790, Somerset was founded as a sort of trading center/way station for the surrounding lumber industry. The town was located just off of a river, so it was in the perfect spot.

Loggers from up the river would cut down the trees and send them downriver to Somerset where they could be dispersed into the surrounding towns from there.

While the town itself was never that big, it did have a couple of buildings throughout that served as the town’s center/post office. Eventually, though, quicker and easier ways to transport the lumber via trains. This led the residents to move elsewhere, where there was more opportunity, and by 1937, the town was unincorporated.

Today, there is not much left of the former town. The land that was once home to the people of Somerset is now a National Forest campground that you can visit. While you won’t find much of the past town, you can still see some foundations and a cemetery. 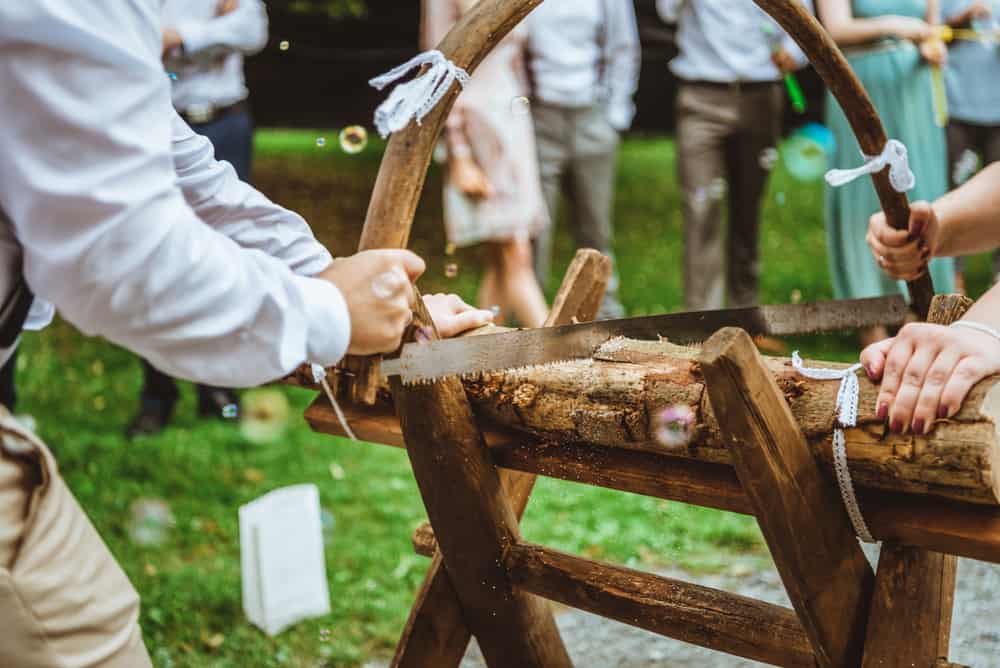 The Smith Family Farms is actually two different farms that are both now abandoned. The first was actually a collection of 3 houses owned by the Mack and the Smith Families.

You may be wondering, why are these houses important enough to be remembered? Well, one of the Smith houses was the house where Joseph Smith, the first Mormon prophet, was born.

Today, none of the 3 houses are still standing, but there is a trail through the woods that you can follow to see the foundations of these original three houses.

In the late 1810s, the Smith family moved to upstate New York and started the second Smith Family Farm. Financial issues and payment disputes caused some issues for the Smith family, and they eventually left the farm in 1830. In the early 1900s, the LDS church bought this second farm to preserve the site and honor Joseph Smith.

The history behind Plymouth Five Corners is a unique one in Vermont. Originally, the town was known as Salstash and was just a small farming town from the late 1780s to the late 1850s. This is when the story of this town changed.

In 1858, William Henderson, who used to be a gold miner in California, struck gold (literally) in this small town. Henderson found gold in the river that flowed through the town and Plymouth Five Corners saw a huge spike of people coming to the town.

While the town did grow to include multiple different businesses at its peak, this was not long-lived. The actual source of the gold that Henderson discovered was never found, so most of the residents moved on to different towns after all of the gold had been mined from the river.

Today, you can still find cellar holes lined with stone, as well as some paths that the gold miners used to walk!

Founded in 1765, Lewiston rose to popularity due to its location right on the railway. The rail station in the town was a major one as it connected Lewiston to other parts of the state and New Hampshire. This made it the ideal location for a trading center.

And that’s exactly what it was used for. The station played a big part in the coal supply and trading in the area, and it grew into a successful town in Vermont. However, the coal supply that made it so successful, is also what led to its fall.

After oil was discovered and less lumber was available to ship from the local area, the train station was used less and less. By 1930, most of the residents had left Lewiston, and it was officially abandoned.

You can still find the train station today, and there are a couple of buildings around that town that are now owned by Dartmouth University. 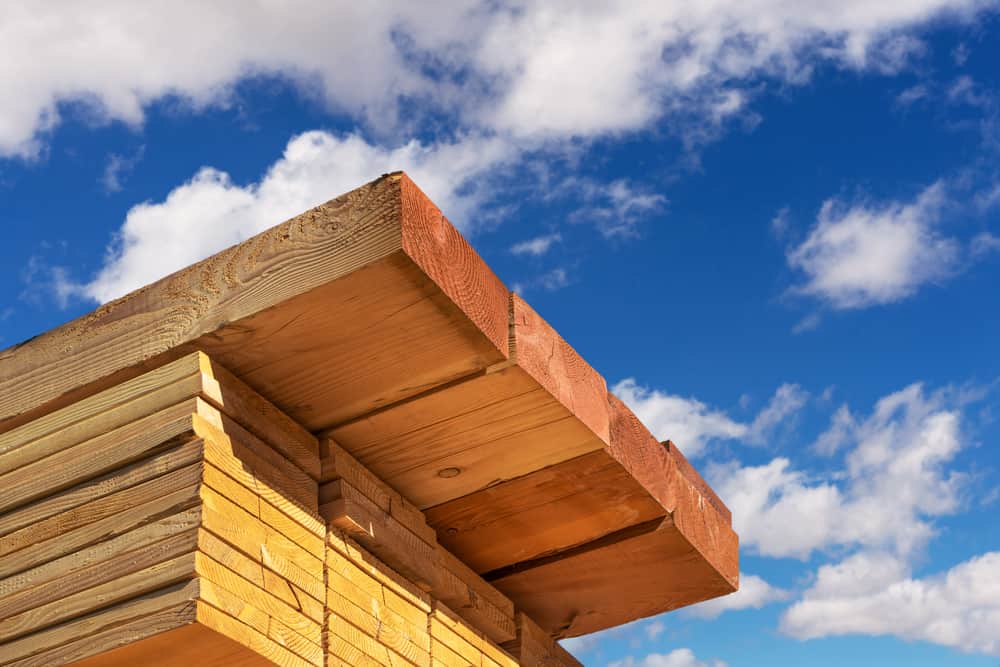 Starting out as a farming town in the mid-1800s, Ricker Basin transformed into a lumber town as ideal conditions were found right around the town. The town began to grow, and several sawmills were opened as well as a school, train station, and more.

Unfortunately, the last sawmill closed in 1922 which effectively caused the downfall of the town. With no more opportunities in the logging industry, many of the residents moved to other towns. The few families that did decide to stay after the mill closed were eventually forced out by two floods, one in 1927 and one in 1934.

Today, you can find one house that is still standing along with the foundations of a couple of the former buildings.

READ NEXT  14 Incredible Museums in Vermont 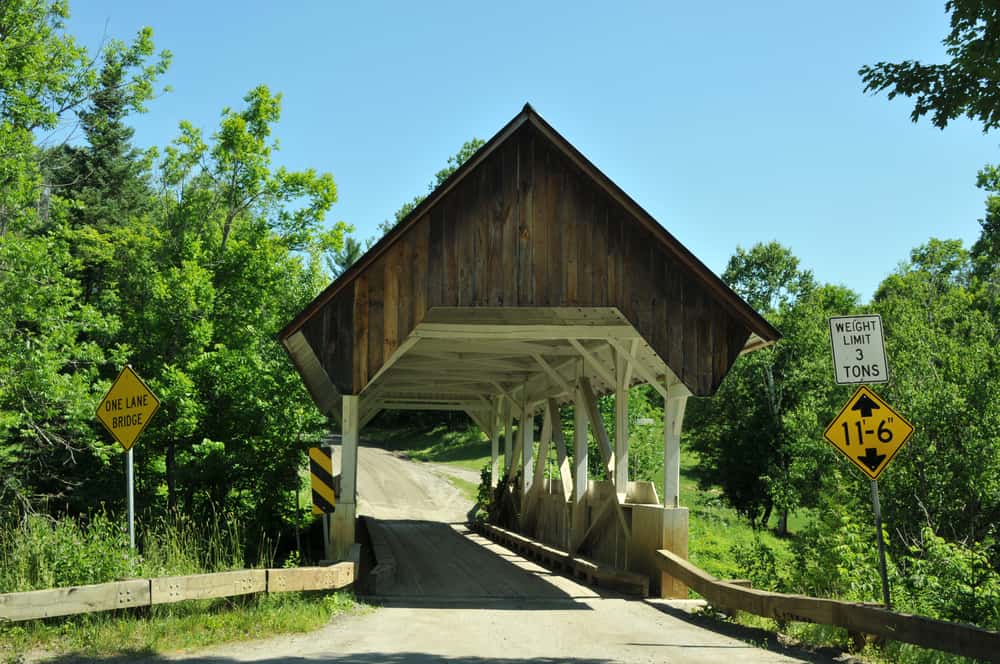 Originally founded in the mid-1780s, Greenbanks Hollow did not start to really blossom until the mid to late 1800s. This is due in large part to Benjamin Greenback.

Benjamin Greenback built a large 5-story wool factory in the town in 1849. This factory turned into a booming industry for the town. By the 1880s, the factory was supporting around 25 different families.

There were also sheep farmers that lived in the town as well. At its peak, the town boasted a wool factory, post office, school, various stores, and plenty of houses to house all of the families.

However, the prosperity of this town came to a quick and tragic end in 1885. On December 14, 1885, a devastating fire ravaged the town. It burned down the wool factory, other stores throughout the town, family homes, and the covered bridge. After the fire, most of the families that worked at the factory left for other towns or states.

Some residents decided to stay in the town after the fire. Most of these people were sheep farmers or those who worked at another mill in the town that wasn’t affected by the fire. However, the town’s fate had already been sealed. The last residents officially abandoned the town in 1912 when the school closed down.

Today, there are a few partial foundations that can still be found throughout the old town and you can visit the brook that provided power to the mills. Most notably, though, is the covered bridge.

After the fire, the covered bridge was rebuilt and now serves as the marker for this forgotten town. If you are visiting all of the covered bridges in Vermont, be sure to take a little extra time and explore Greenbanks Hollow as well!

Hopefully, you’ve enjoyed learning about these ghost towns in Vermont. They truly are interesting stories that leave you captivated!