With its rich history, cultural significance, and endless entertainment, Boston is truly a sight to behold. The capital city of Massachusetts has been praised by famous minds, from historical figures and writers to celebrities and professional athletes, for hundreds of years. Today, the legacy of Boston continues to be immortalized through quotes from both its citizens and its visitors.

Whether you’ve been to Boston before or still have the city on your travel bucket list, these 50 wicked awesome quotes about Boston are sure to inspire a visit. 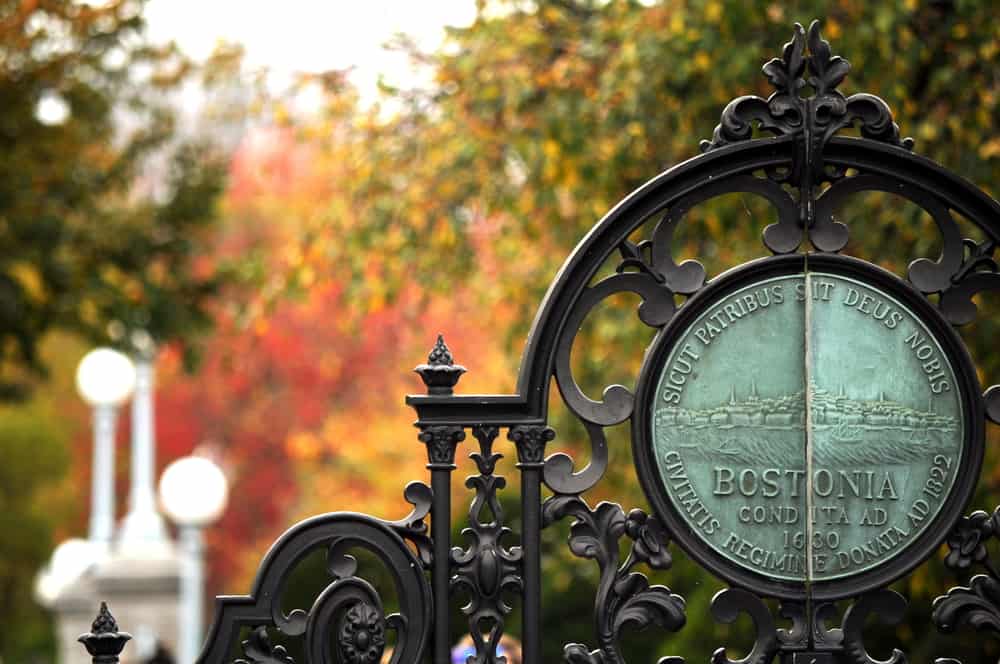 “Boston is an oasis in the desert, a place where the larger proportion of people are loving, rational and happy.” —Julia Ward Howe

“I call Boston home because it’s where I started coming into my own.” –Sasha Banks

“It’s such a great city, visually. You can’t get that kind of look in Canada that you can get in Boston: the old-brick historical buildings, the winding streets, the old but funky neighborhoods like Southie and Somerville. You can’t get that elsewhere. It’s a very unique place in that way.” – Brad Anderson

“Boston has opened and kept open, more turnpikes that lead straight to free thought and free speech and free deeds than any other city of live or dead men.” —Oliver Wendell Holmes

“The spring in Boston is like being in love: bad days slip in among the good ones, and the whole world is at a standstill, then the sun shines, the tears dry up, and we forget that yesterday was stormy.” – Louise Closser Hale

“Sometimes you just don’t feel the same everyday, it doesn’t matter what you do, but when you have people looking forward to seeing you perform for them, that puts you in the mood, and that’s natural in Boston. That’s why it’s such a special place to play.” — David Ortiz

“Boston is a state of mind.” – Thomas Gold Appleton

“I fell in love with Boston, so hopefully, I’ll be here for a long time.” – Johnny Damon

“We are Boston. We are America. We respond. We endure. We overcome. And we own the finish line.” – President Joe Biden

“Boston is not a small New York, as they say a child is not a small adult but is, rather, a specially organized small creature with its small-creature’s temperature, balance, and distribution of fat. In Boston there is an utter absence of that wild electric beauty of New York, of the marvelous, excited rush of people in taxicabs at twilight, of the great Avenues and Streets, the restaurants, theatres, bars, hotels, delicatessens, shops. In Boston the night comes down with an incredibly heavy, small-town finality. The cows come home; the chickens go to roost; the meadow is dark. Nearly every Bostonian is in his house or in someone else’s house, dining at the home board, enjoying domestic and social privacy.” -Elizabeth Hardwick 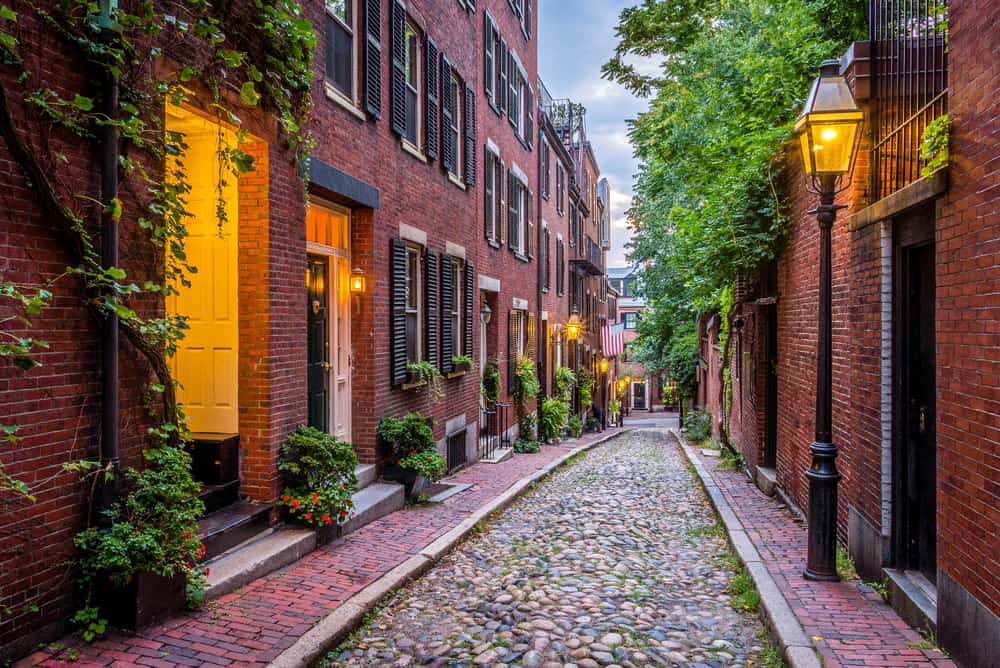 “This is Boston, a city with courage, compassion, strength that knows no bounds.” – Thomas Menino

“In Boston, our strength is really our diversity.” – Marty Walsh

“Boston is so laced with jerseys that you can be dressed head to toe in team apparel and no one will look twice.” -David Walton

“That’s all I claim for Boston – that it is the thinking center of the continent, and therefore of the planet.” – Oliver Wendell Holmes

“I know of no large city where there is so much mutual helpfulness, so little neglect and ignorance of the concerns of other classes.” -Harriet Martineau

“Boston does not represent the quintessential excellence of all the world’s cities synthesized into a paradigm of urban beauty and virtue, but it is a place at once characteristic, mellow and mature, and possessed of many qualities not entirely divorced from charm.” – Lucius Beebe

“Boston is actually the capital of the world. You didn’t know that? We breed smart-ass, quippy, funny people.” — John Krasinski

“When I’m in Boston, I always feel like I’m home. I almost cry I feel so good.” – Luis Tiant

“We’re not LA; And we are not New York; We’ve got our own thing of the quite unusual sort; That’s why I’m proud I rep for my town; We are always on the rise; And you ain’t keeping us down”  -from the song “Boston Strong” by Mr. Lif (2013)

“The Boston people were willing to learn, but only if one recognized how much they knew already.” -Van Wyck Brooks

“There is about Boston a certain reminiscent and classical tone, suggesting an authenticity and piety which few other American cities possess.” – E. B. White

“And it was from Boston that one in every six American families began their journey into the land of the free.” – Thomas Menino

“Yet Boston has never lost her universal supremacy for being independent in character, original in enterprise, unwilling to follow whenever she is reasonably equipped to lead. If she has surrendered any of her intellectual heritage, she is still too occupied in serving the humanities and human beings to pause for an audit.” —David McCord

“In Boston are the elements of a great civilized city: a permanent intellectual tradition.” -Oscar Wilde 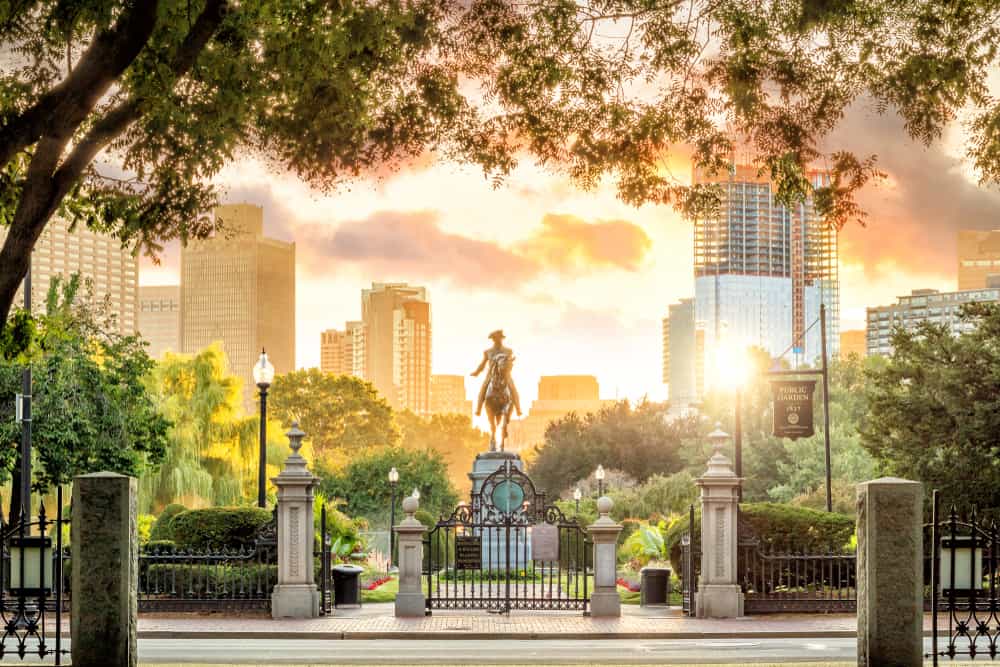 “Here were held the town-meetings that ushered in the Revolution; Here Samuel Adams, James Otis and Joseph Warren exhorted; Here the men of Boston proved themselves independent, courageous freemen, worthy to raise issues which were to concern the liberty and happiness of millions yet unborn.” —sign at the entrance of the Old South Meeting House, author unknown

“Its driving energy sparked always by independence and freedom of the spirit — can this be anywhere so strong, so fascinating, so enduring as in Massachusetts?” -Pearl Buck

“Boston is large enough to learn your independence and small enough to make your own.” – Henry Winkler

“I do not speak with any fondness but the language of coolest history, when I say that Boston commands attention as the town which was appointed in the destiny of nations to lead the civilization of North America.” -Ralph Waldo Emerson

“Boston has it all: incredible sports, great people and culture, an amazing food scene, the ocean and so much more.” —Pedro Martinez

“Here’s what I see all across this great city – people working together to make Boston a better place to live and to raise children, to grow and pursue dreams.” – Thomas Menino

“I mean to say that Boston is what she is today because the past is physically as well as traditionally a part of her modern life.” – David McCord

“If you love this country and study history, then you will love Boston.” — Marcus Luttrell

“When you think about Boston, Harvard and M.I.T. are the brains of the city, and its soul might be Faneuil Hall or the State House or the Old Church. But I think the pulsing, pounding heart of Boston is Fenway Park.” —John Williams

“This is a city that has been created by man, by humans. When the English first got here, most of it was underwater. ….. Boston’s a city that people have built. ….. And I find it exciting to see that continuing to happen.” -Frederick P. Salvucci

“With the future in sight; In this great place for me to grow and be embraced; By some hard working people who won’t compromise taste” -from the song “Boston Strong” by Mr. Lif (2013)

“It was from these shores that the vision of a new nation conceived in liberty was born, and it must be from these shores that liberty must be preserved; and the hearts and lives of every citizen preserved through the maintenance of opportunity and through the constant creation of those conditions that will make justice and brotherhood a reality for all of God’s children.” —Martin Luther King Jr.

“I guess no true Bostonian would trust a place that was sunny and pleasant all the time. But a gritty, perpetually cold and gloomy neighborhood? Throw in a couple of Dunkin’ Donuts locations, and I’m right at home.” — Rick Riordan

“In all times to come as in all times past, may Boston be among the foremost and the boldest to exemplify and uphold whatever constitutes the prosperity, the happiness, and the glory of New England.” ― Josiah Quincy

“Boston is the one place in American where wealth and the knowledge of how to use it are apt to coincide.” — Ralph Waldo Emerson

“Boston was a great city to grow up in, and it probably still is. We were surrounded by two very important elements: academia and the arts. I was surrounded by theater, music, dance, museums. And I learned how to sail on the Charles River. So I had a great childhood in Boston. It was wonderful.” -Leonard Nimoy

“In Boston, they ask, how much does he know? In New York, how much is he worth? In Philadelphia, who were his parents? -Mark Twain

“Boston does not represent the quintessential excellence of all the world’s cities synthesized into a paradigm of urban beauty and virtue, but it is a place at once characteristic, mellow and mature, and possessed of many qualities not entirely divorced from charm.” -Lucius Beebe

“Boston is the cream of the crop of the marathon world. It has such history that you feel such honor just being a part of it. All the other races have pacers to get you to a Boston qualifying time.” -Summer Sanders

“Here’s the thing about Red Sox fans, or actually just fans from that region, in general: they appreciate the effort. And if you mail it in or if you give 80 percent, even with a win, they’ll let you know that’s not how you do it. They want – if it’s comedian, if it’s a musician, bring us your best show.” -Dane Cook

“For no matter how they might want to ignore it, there was an excellence about this city (Boston), an air of reason, a feeling for beauty, a memory of something very good, and perhaps a reminiscence of the vast aspiration of man which could never entirely vanish.” -Arona McHugh