If you’re planning a vacation to Maine, take some time to appreciate the state’s rugged-chic offerings by exploring on two wheels. These bicycle routes highlight the attributes that make Maine so special: its sweeping coastlines, pine forests, small cities, history, and culture. Whether you’re seeking a getaway to a national park or a city – or somewhere in between – there’s a bike ride that will suit any traveler’s fancy. So make your trip to Vacationland memorable by taking one of the best bike rides in Maine! 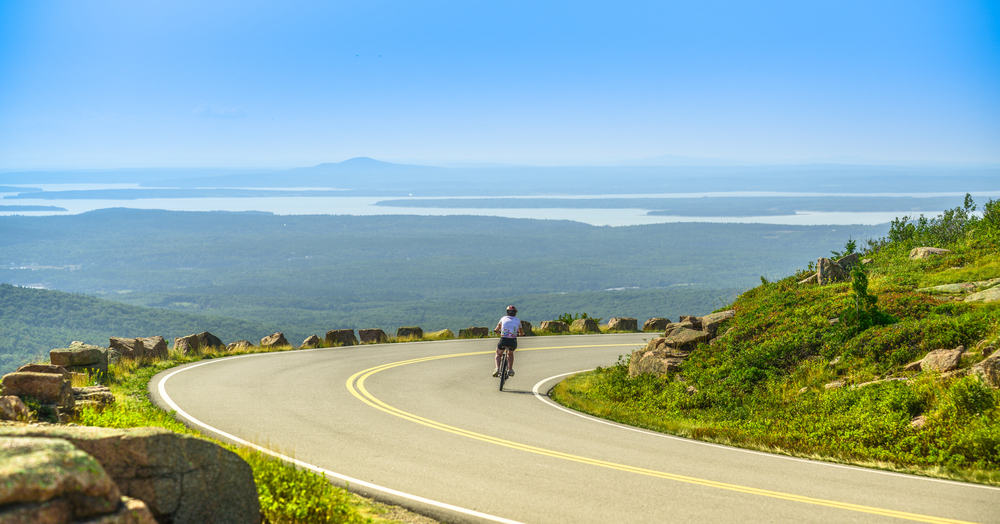 Situated on Mount Desert Island along the stunning coast of Maine, Acadia National Park is home to the first sunrise in the United States seasonally, sweeping mountains with views of the sea, lighthouses, wildlife including otters, porcupine, seabirds, birds of prey, and many more New England species, and trails that will whisk you away mentally and physically.

Among these trails are carriage roads, car-free pathways that criss-cross the heart of the park. The crushed rock surface is easy to ride on, and you’ll want to take it slow both out of precautionary safety and to revel in the beauty that surrounds you. With 45 miles of carriage roads, there are endless options for enjoying a day out in this gem of a destination.

You’ll have more stunning vistas than you can count as you ride around mountains and valleys amidst the wondrous forested oceanside landscape. Just be sure to check the website or with a ranger before you set out, as bikes aren’t allowed during mud season.

For an especially scenic, albeit somewhat challenging ride, try the Eagle Lake and Jordan Pond Loop. If you’re staying in Bar Harbor,  bring your bike aboard the Bicycle Express, a shuttle bus that has space for bicycles and will bring riders to various carriage road destinations within the park.

If you’re feeling ambitious, you can ride the entire loop around Acadia on Park Loop Road, which is shared with vehicles. And, if you don’t have a bike of your own, don’t worry – there are numerous shops on Mount Desert Island where you can rent one! For accommodations, stay in a national park campground or at an inn in downtown Bar Harbor. 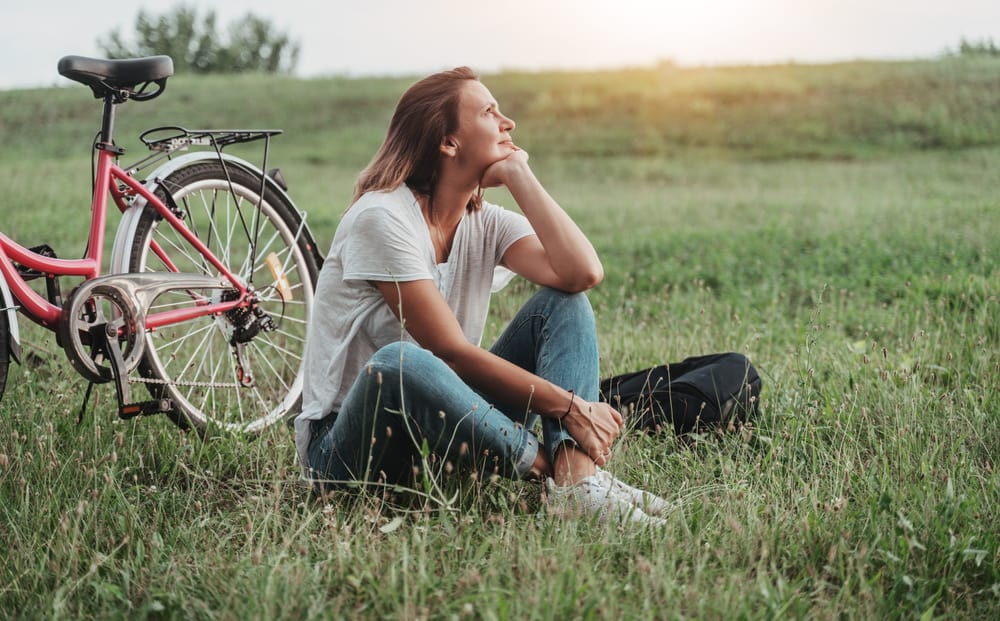 Part of the East Coast Greenway that connects all of the east coast states from Florida to Maine over the course of thousands of miles, the Greenbelt Walkway is a seven-mile primarily off-road path open to cyclists, walkers, runners, and dog walkers. Winding through four of South Portland’s neighborhoods, this paved trail is special because it showcases waterfront vistas and the splendidly scenic Maine coast.

At the coastal end is Bug Light Park, a nine-acre park that’s perfect for picnicking, admiring the iconic tiny lighthouse, learning about the World War II ships that were built here, and taking in the expansive views of Portland Harbor. Connecting and nearby trails and boardwalks mean you can spend even more time in the woods and on trails or overlooking the water.

The best places to access the trail are Bug Light Park, Mill Creek Park, and Wainwright Athletic Complex, all of which have plentiful parking available. This ride is an excellent add-on to a trip to Portland if you want to see the city from a new perspective, wish to get away from the city without going too far, or if you’re just seeking some exercise or time to reflect in nature.

READ NEXT  When is the Best Time to Visit Maine? 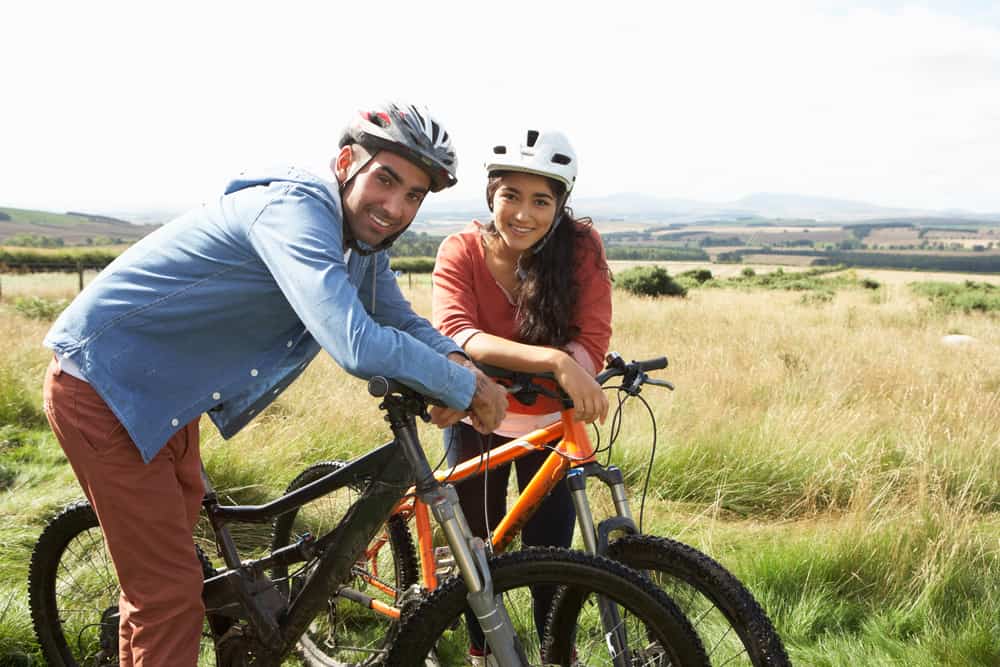 Leading to Maine’s capital city of August, the Kennebec River Rail Trail offers a stunning and pleasant jaunt through woods and towns. A combination of pavement and hard-packed stone, this accessible route is extremely flat, making it an ideal ride for families with young riders who aren’t up for hills, or anyone else who wants to cruise along.

During the 6.5 miles, riders will hug the scenic Kennebec River, which is a historically and ecologically significant waterway.  Parking is available at either end, in Augusta and Gardiner, as well as in Hallowell, so you can choose to make your trip your own, whether a long, middle-distance, or short ride beckons.

If you’re riding round trip, start out in Gardiner and ride northward toward Augusta. In Augusta, don’t miss a visit by the Maine State House, the state museum, the Kennebec Armory, and Waterfront Park. There are loads of locations to quench and satiate your thirst and hunger in the capital city, so head downtown and see what suits your desires.

If you’re riding in one direction only, Hallowell is a perfect mid-trip resting spot. There, Juiced cafe is a good pick for a healthy quick meal, and The Liberal Cup is a cozy brewpub that serves up hearty meals. No matter where you decide to stop, the journey itself is part of the destination. The Kennebec River Rail Trail is great for those who are seeking both nature and history while having options for longer or shorter rides. 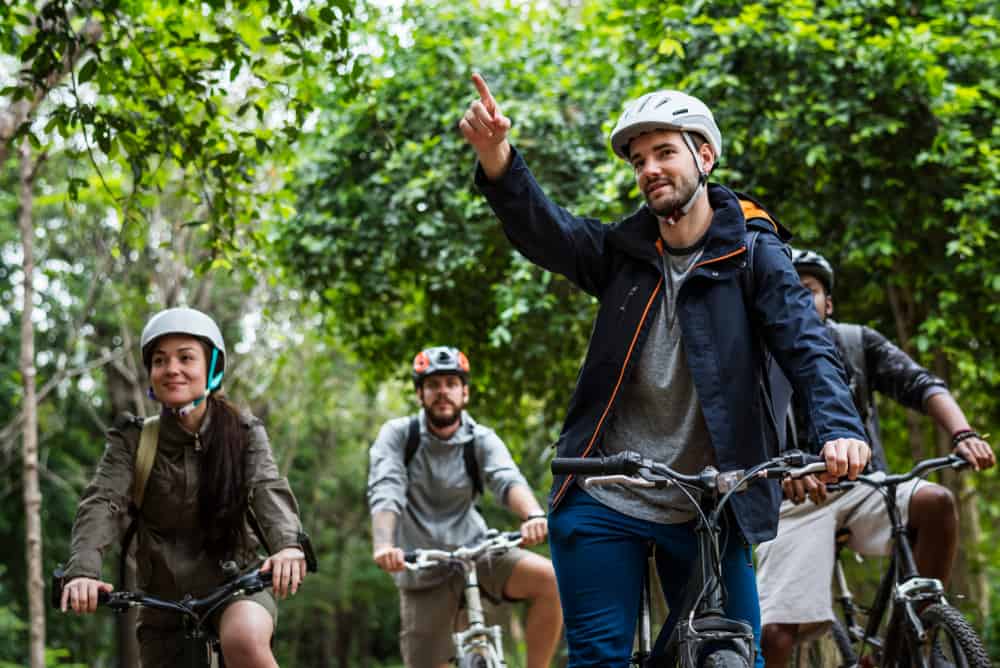 The Papermill Trail is an asphalt rail trail that offers four miles of historical wonder in each direction. As you ride through the woods and along the Sabattus River in this Androscoggin County town, you will pass by repurposed mill buildings and the remains of other industrial sites of days gone by.

History isn’t the only attraction of the Papermill Trail though; the confluence of the Sabattus River and Androscoggin River, farmlands, woodlands, and a waterfall provide ample nature that will have you feeling refreshed. This ride is easy to navigate on a bike, and while it can be completed quickly, you’ll likely want to make a stop or two and  savor the surroundings and feel the peacefulness it offers.

Besides its historic and natural attributes, Lisbon, Maine has its quirky sides too. Horror novelist Stephen King attended high school in Lisbon and has featured the town, including specific sites that still stand, in some of his books.

In July, the Moxie Festival takes place during the second weekend of the month. This festival, which honors the soda of the same name and the people who’ve got moxie in their spirit, is a huge gathering that also includes such whimsical and energizing activities as a whoopie pie eating contest, a Moxie recipe contest, a car show, a road race, and a parade. While the Papermill Trail may be the draw for cyclists, a visit to Lisbon has a whole lot more to offer. 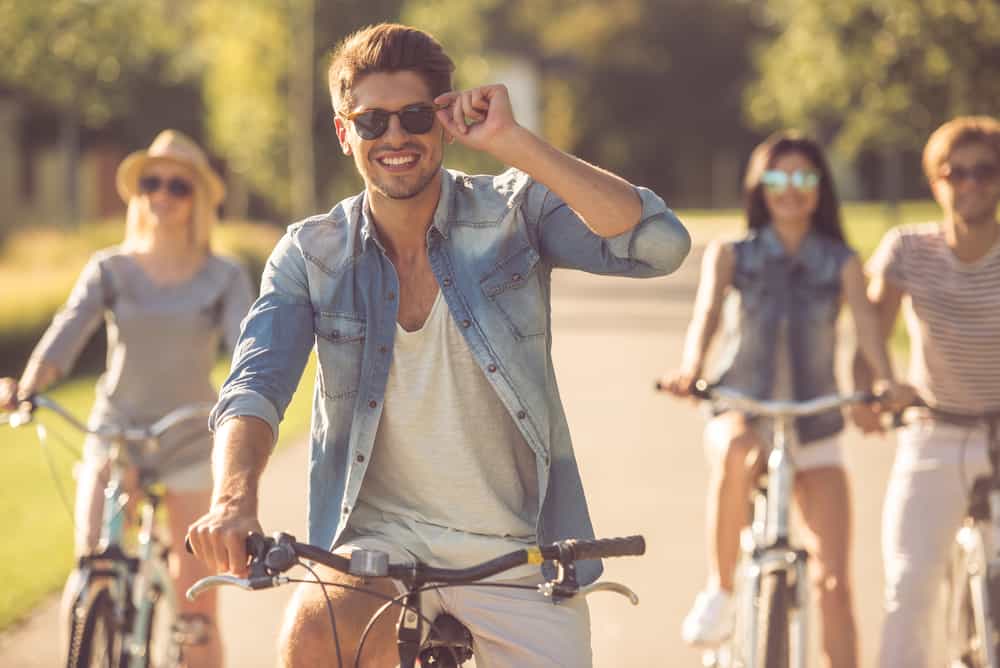 The town of Calais, which borders Canada and the Saint Croix River, offers riders an international experience. The Calais Waterfront Walkway is short, at only 1.5 miles in each direction, but it’s also the northernmost point of the East Coast Greenway, a path which will eventually connect all the way to Key West, Florida.

The path begins in Pikes Park, where there are views of Whitlocks Mill Lighthouse. Shortly after leaving downtown Calais, riders will encounter more wooded and peaceful surroundings. The pathway, made of crushed gravel that is easy to ride on, offers vistas so you can take in the stunning riverfront views. You may even see a bald eagle!

About halfway down the path, you’ll pass by the Maine State Visitor Information Center. Open daily all year long, the center has bathrooms, internet, and of course, information on activities and accommodations in the region.  When you look across the river, you’re gazing upon St. Stephens, New Brunswick, Canada.

If an international adventure is on your itinerary, you can cross into Canada at one of three points in Calais. For a meal in town, try Crumbs Cafe and Coffee Bar, Riverview Restaurant, or Karen’s Main Street Diner.

READ NEXT  10 Most Loved Hotels in Maine 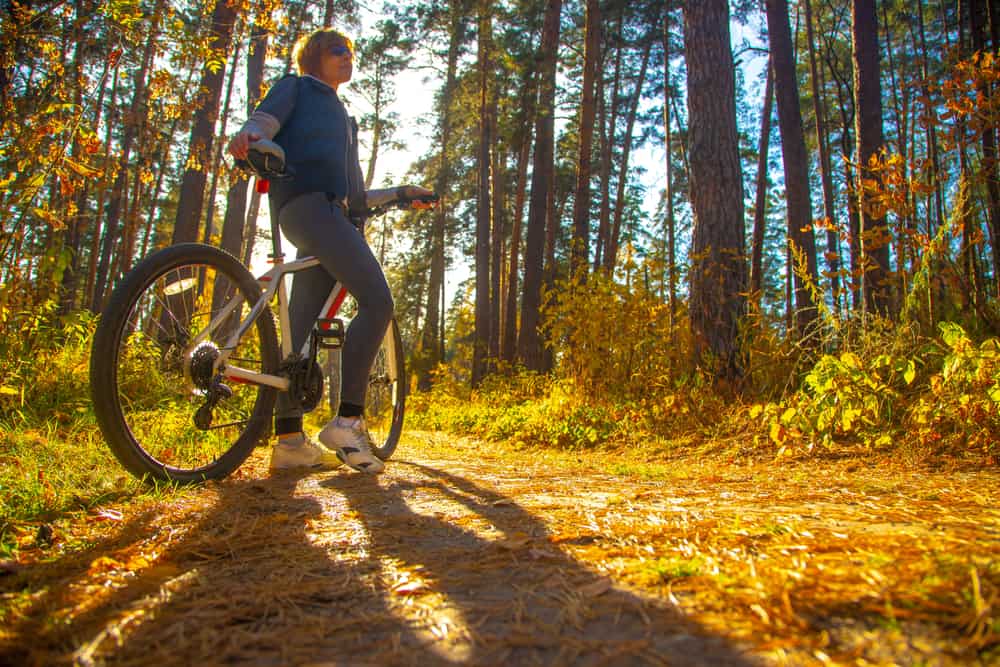 Maine’s most populous city, Portland, is also a fun-packed place that exemplifies Maine’s spirit and relationship with the outdoors, plus has gained a reputation as a hip foodie spot in recent years. The Back Cove Trail is a great way to experience nature right in this cool city.

The loop path, which is made of a combination of stone dust and pavement, circles Back Cove, a tidal basin at the heart of Portland. If you’re an early riser, the Back Cove Trail is an amazing place to watch the sunrise from the east. Even if you’re not a morning lark, this trail will inspire you.

As you ride along this waterfront path, you’ll cover 3.6 miles with skyline views, tree-lined neighborhoods on one side, and parks and open space all around. Start out at Back Cove Park on the southern side or Edward Payson Park on the northern side, where parking is available. These parks also make for good picnic or resting points at the start, middle, or end of your ride.

The trail is flat and wide, making it suitable for riders of all ages and abilities. If your jaunt in this expanse of urban nature has you craving a longer ride, you’re in luck, because the Back Cove Trail connects with the Eastern Promenade Trail and the Bayside Trail.

Mallory grew up in Connecticut, and after some time living in Ireland, Montana, and Virginia, she felt called back home to New England. She lives in Boston and writes about the intersection of urban living, outdoor adventure, and enjoying the simple things at SimpliCity Outside. Her favorite New England adventures involve hiking, finding ice cream shops, and exploring small towns.