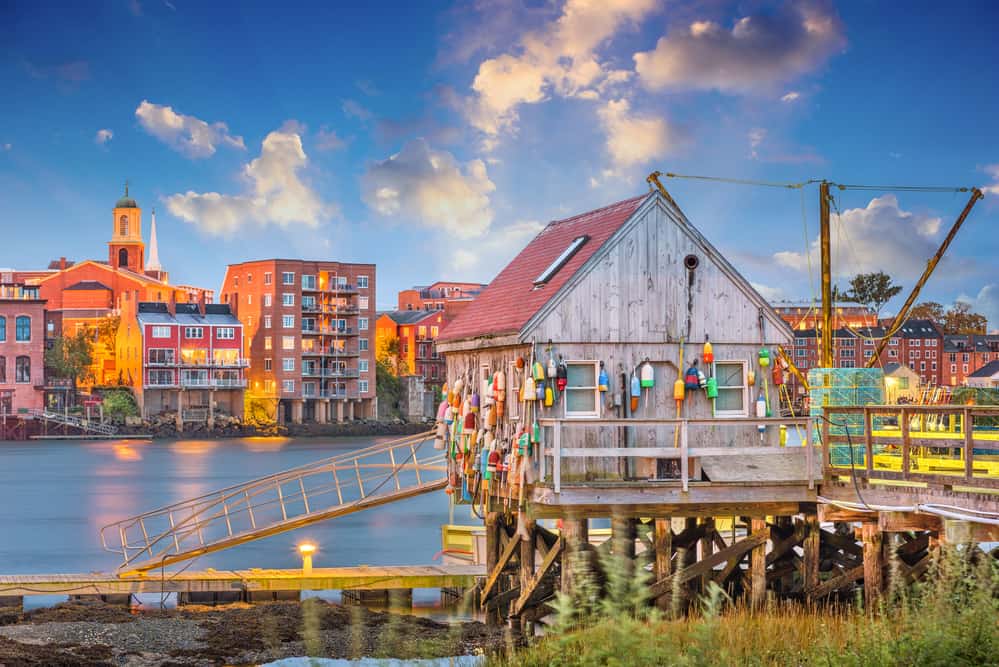 In this post, we provide an answer to this question: Where’s New England?

New England is a region of the United States that is located in the uppermost northeast corner of the country. It is made up of six individual states: Vermont, Maine, Massachusetts, New Hampshire, Connecticut, and Rhode Island.

Mistakenly, the states of Pennsylvania, New York, and Virginia (and perhaps others) are often thought to be part of New England, but this is incorrect.

The region is bordered to the north by the Canadian provinces of Quebec and New Brunswick, to the west and the south by the state of New York. Along the eastern edge is the Atlantic Ocean, which touches Maine, Massachusetts, New Hampshire, Rhode Island, and Connecticut. Vermont is the only New England state that does not have an ocean coastline.

A Brief History of New England

New England is one of the oldest parts of the USA, and even predates the American Revolution by some 150 years. Modern-day New England was included among the first 13 original colonies, and its first European settlement was at the famous Plymouth, where the Mayflower landed in 1620 bearing Puritans seeking religious freedom. Plymouth Colony was the 2nd English settlement founded on the continent.

Of course, prior to the colonization of the region by Europeans, there were many Native American tribes who called this part of the Northeast their home. In particular, the Wampanoag tribe, who had lived in southeastern Massachusetts for thousands of years, was the tribe who encountered these first pilgrims. To learn more about the history of Plymouth as told from the perspective of the region’s indigenous peoples, check out 400 Years of Wampanoag History.

What is New England known for?

Besides the more obvious things like lighthouses, lobsters, and leaves, New England is largely known for its independent spirit and its emphasis on knowledge and intellectual pursuits. This owes largely to its Puritan foundations and its role in the American Revolution, among other events.

It’s known as the home of famous American poet Robert Frost, as well as the setting for so many of his nature-focused poems.

It’s known as the home of the Red Sox.

For its rocky coast, it’s imposing granite mountains, its lush farmland, its local food scene, its craft beer, its community-mindedness, its classic white-steepled churches, its quaint towns and villages, its covered bridges, its harsh winters, and so much more.

To really find out what New England is all about, we invite you to come experience the best things to do in New England.