Skip out on Rhode Island’s towns and instead venture out into nature to witness some of the most beautiful parts of the state! The Rhode Island state parks are incredibly breathtaking, scenic, and filled with fun things to do to keep you busy.

Throughout this post, you’ll learn all about the best state parks in Rhode Island, located all over the state. From hiking, boating, and even fishing, each of these state parks has its own unique attractions that make them worth visiting while you’re in the state.

Read on to learn more about the best Rhode Island state parks. 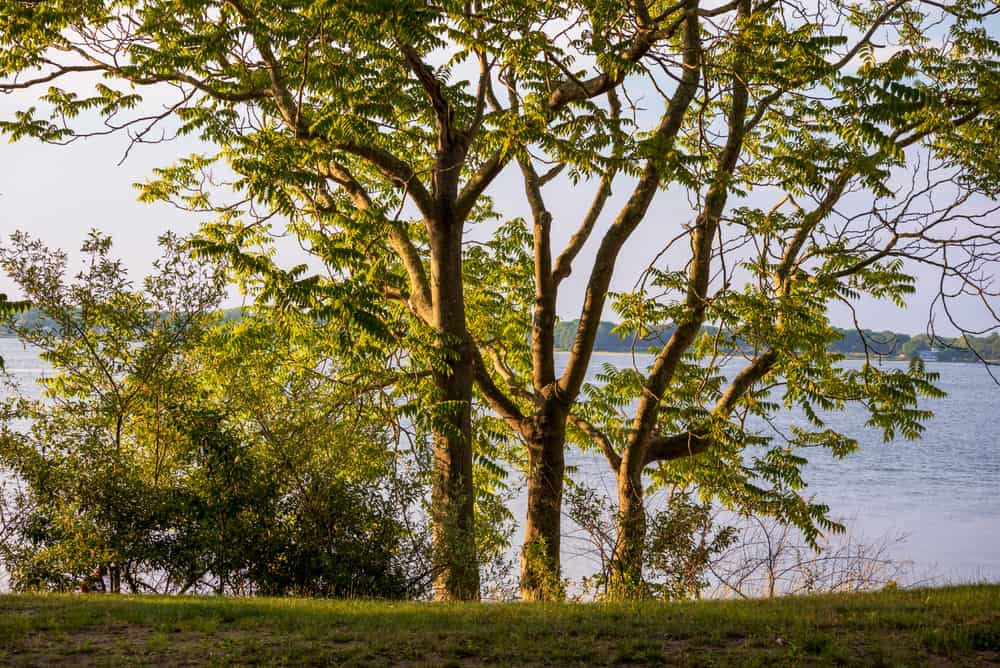 First on the list of best Rhode Island state parks is Goddard Memorial State Park, which is in East Greenwich, Rhode Island, right along the water. It’s pretty large at just shy of 500 acres of land and features gorgeous beaches.

This is easily the most popular state park in Rhode Island, but don’t let that deter you! It’s so popular for a reason. Within the park lines, there is so much to do. You can go golfing on the golf course, have fun in the many green places, hike the incredible trails, or even dine on one of the 350+ different picnic tables.

If you’re looking for a great, easy hike within Goddard Memorial State Park, look no further than Goddard Park Red Trail. It’s only about 1.5 miles long and takes no longer than 45 minutes to do. Plus, it’s more of a walk than a hike, so it’s super peaceful compared to hiking all the way up a mountain!

READ NEXT  A Perfect Rhode Island Summer: Top 10 Things To Do 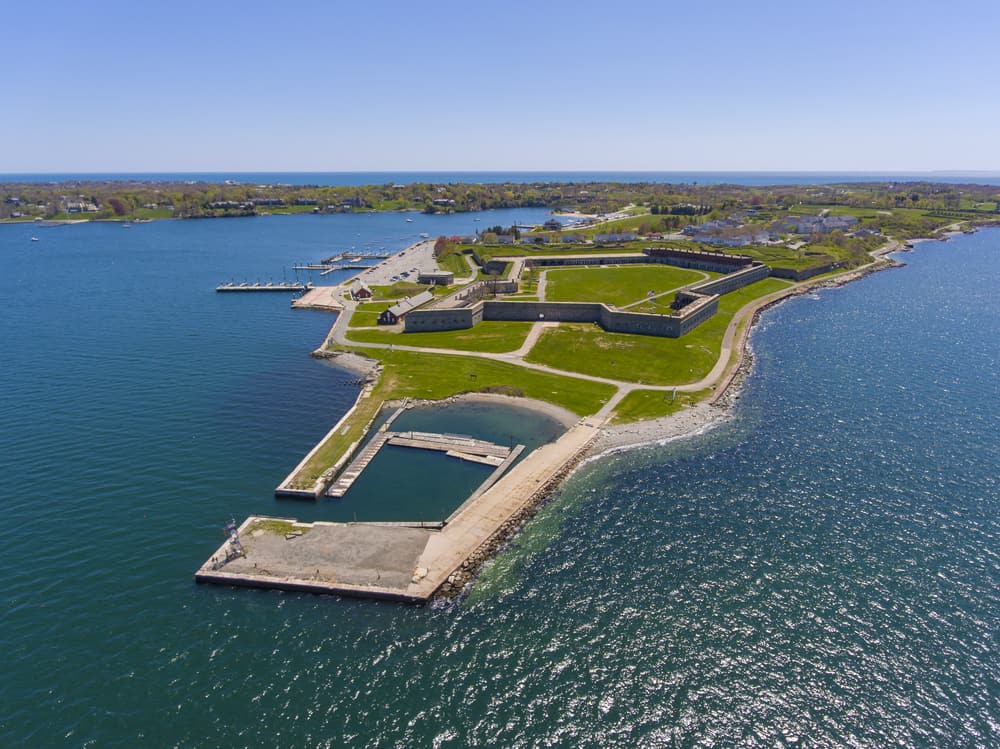 Located right in Newport, which is easily one of the best places to visit in Rhode Island, is none other than Fort Adams State Park. This isn’t your average state park because it’s one of the more historic sites within the state.

The main attraction at the state park is Fort Adams, a historic fort that was used up through the 1900s. It’s in a prime location right along the water, allowing those in the fort to see out into the sea quickly.

The best way to experience Fort Adams State Park is to go on a guided tour of the fort that will bring you all the way through the tunnels. It’s about $15 per adult for a ticket, and children over the age of 5 are $8. Those under 5 can take a tour for free. If you’d rather, you could also consider going on a self-guided tour using their app, but it’s great to be able to have a guide with you to ask questions along the way. 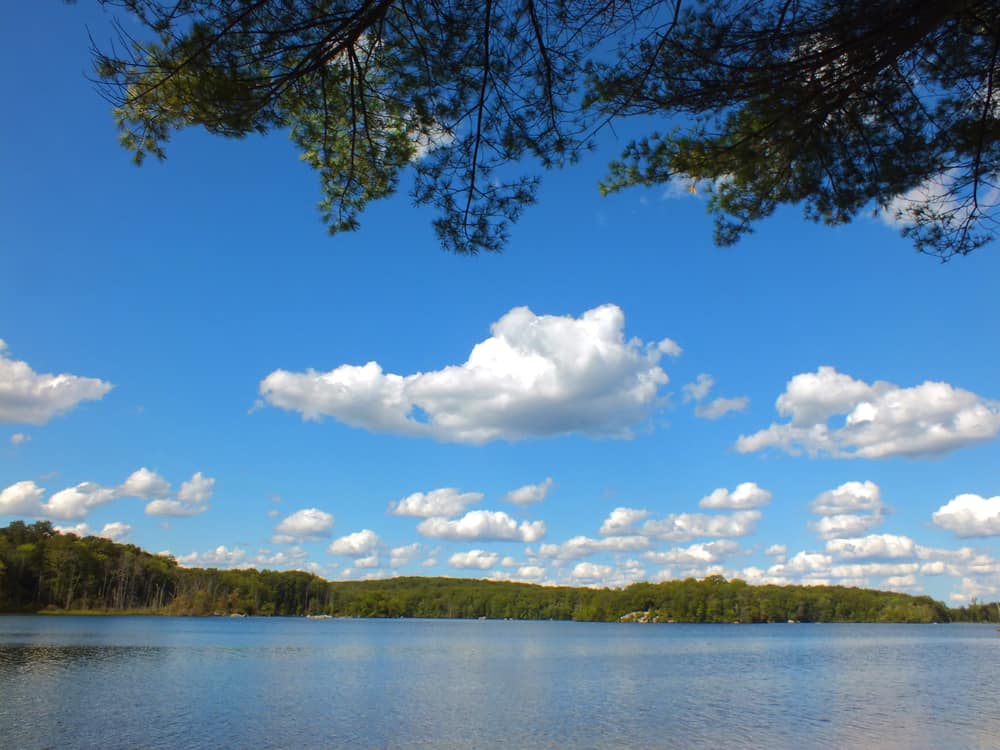 Another of the best Rhode Island state parks is Lincoln Woods State Park! The park covers around 630 acres of land, and it’s located right in Lincoln, Rhode Island. It’s also a short day trip from Providence, which isn’t that far from Lincoln.

There’s so much to do at Lincoln Woods State Park, from hiking, horseback riding, fishing, running, and even swimming. Be sure to be on the lookout for the gorgeous covered bridge, something that New England is known for. The bridge can be found at the entrance over at Breakneck Hill, which was built in 2005.

Easily the most popular trail in Lincoln Woods State Park is the Lincoln Woods Trail. It’s an easy trail that’s only about 3 miles long. In total, visitors only spend about an hour and a half on this peaceful trail. It’s kid-friendly, bike-friendly, and dogs are allowed on the trail if they’re on a leash.

Located right near Warwick is Rocky Point State Park! This is another coastal state park worth visiting in Rhode Island, as it’s right on Narragansett Bay. The views from the park are absolutely impeccable and will take your breath away.

The park was closed for a long while but officially reopened to the public in 2014. Ever since it’s been a popular place for all those in Rhode Island to visit. It’s now one of the newest state parks in the state, which is why it’s gained so much popularity.

As you can imagine, there’s a lot to do at Rocky Point State Park, but the best way to see it all is to hike (or walk) the Rocky Point Walking Trail. In total, it’s only about 1.5 miles long and barely any elevation along the way. It’s a loop trail that’s kid-friendly, stroller-friendly, and dog-friendly! 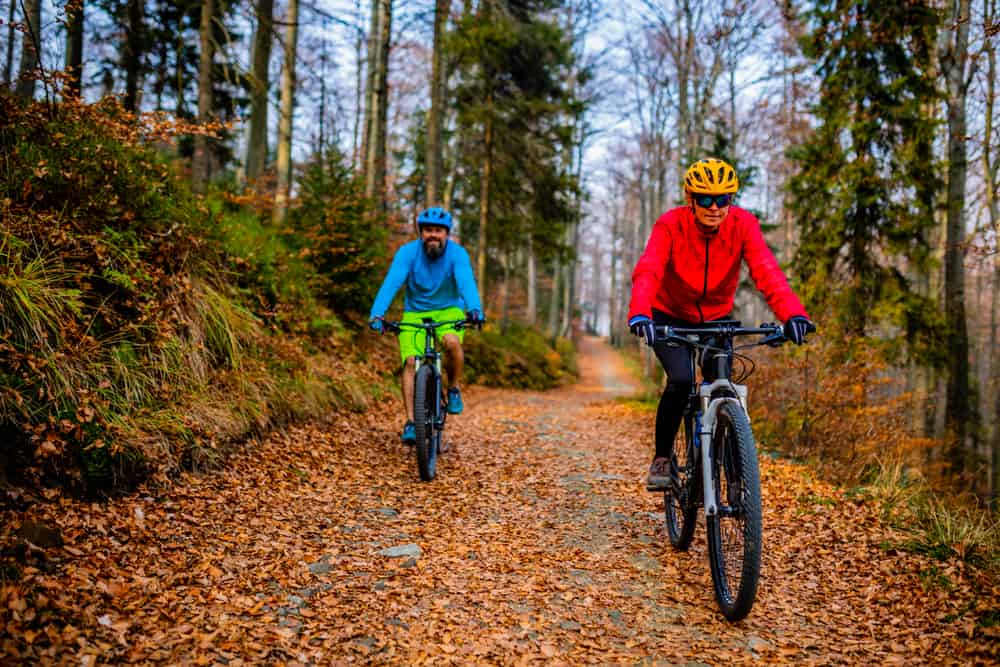 If you’re in the Bristol area, then you’ll definitely want to check out Colt State Park. It was named after Samuel P. Colt, the historic American industrialist. Many locals like to say that Colt State Park is truly one of the hidden gems of Rhode Island.

In total, the park covers about 450 acres of land. Throughout the park, there are green spaces for picnics, trails for hiking and biking, and of course, breathtaking views everywhere you look. While you’re visiting, don’t forget to stop by Bristol, which is actually known for having one of the oldest parades for the 4th of July!  There are also incredible restaurants.

Easily the best thing to do in Colt State Park is to walk the Colt State Loop. This is an easy 5.3 hike with only about 131 feet of elevation gain. Since it’s a loop trail, you’ll get different views the entire way. It’s another kid-friendly, stroller-friendly, wheelchair-friendly trail! 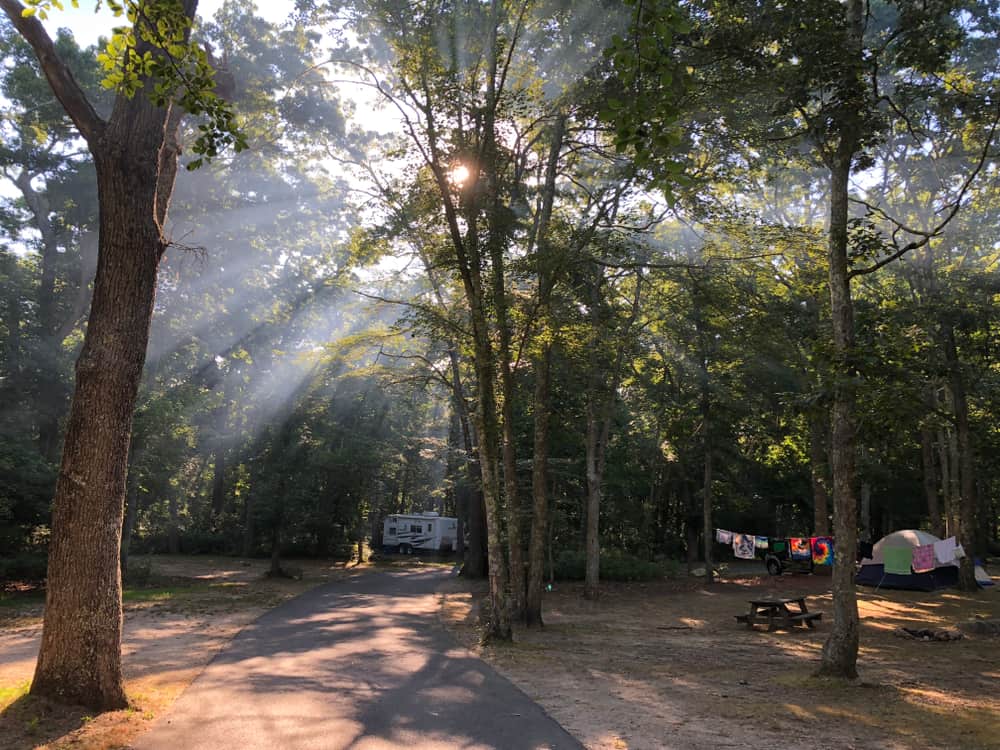 Right in Charlestown is another of the best Rhode Island state parks, Burlingame State Park. The park is absolutely massive at just over 3000 acres of land, so there are tons of fun outdoor activities just waiting for you here.

This park is so incredible that you can even spend the night there in the campground. There are around 20 different cabins that you can rent, but there are also hundreds of campsites that you can stay at too.

This is a great place to visit with incredible amenities like an arcade, boat rentals, showers, and bathrooms! There are also tons of great hiking trails throughout the park, as you may imagine. The most popular hike in the park is a longer one called the Burlingame State Park Campground Trail. In total, it’s about 9 miles long and takes 4 hours to complete. The trail is known for its incredible views and for being very well marked.

Brenton Point State Park is a smaller Rhode Island state park located on Aquidneck Island, which is part of Newport. The views from the park are beautiful, which looks out onto Narragansett Bay. Even though it’s only 90 acres, the park has many great amenities and things to do.

The main attraction of the park is the Portuguese Discovery Monument. It was originally placed in the park in the 1980s but had to be remade in 2014 to better withstand the coastal weather that the park gets.

There are also other great activities throughout the park, like taking in the view, having a picnic, going on a hike, and even bird-watching. The best way to explore the park is to go on the easy Brenton Point State Park Loop. It’s only about 30 minutes long and is an excellent introduction to the beauty that the park has to offer.

With a unique name like Snake Den State Park, how can you skip out? Located in Johnston, this is easily one of the great Rhode Island state parks. It’s a much more peaceful state park, mainly because it’s a stark difference in location compared to many of the other parks in the state.

It’s relatively large at around 1000 acres, and it’s filled with beautiful trails, flora and fauna, and more. There are also substantial green spaces with picnic tables where you can have a family gathering or just a quick snack under the sun. There’s even a farm in the park!

Consider hiking the Snake Den Loop if you want to go on a reasonably easy hike throughout the park (that’s truthfully more like a walk). It’s about 1.7 miles long and doesn’t take more than an hour total to hike. It’s very tranquil and is especially beautiful if you’re lucky enough to hike it in the fall with all the leaves changing color. Fall in Rhode Island is impeccable!

Another great hike if you’re looking for one that’s not as frequented is the Snake Den North and Power Line Loop. This one is ranked as moderate, but it’s not much longer, as it’s only 2.5 miles long. It usually doesn’t take more than an hour and fifteen minutes total to hike!

Hopefully, this post has helped to introduce you to all of the best Rhode Island state parks! Honestly, even if you visit one that’s not on this list, then you’ll have a great time being able to explore the nature that Rhode Island is so well known for. Which park do you most want to visit?