As one of the original thirteen colonies, Connecticut has a rich history and played a significant role in the development of the United States. There are lots of historic sites to visit in Connecticut, so we’ve narrowed it down to some of the most interesting and culturally significant sites to check out during your next trip to Connecticut.

Read on to learn more about the top 11 historic sites in Connecticut!

The iconic photo “Raising the Flag on Iwo Jima,” taken on the fifth day of the battle, was the inspiration for the National Iwo Jima Memorial in New Britain, Connecticut. The piece’s base lists the names of the 100 men from Connecticut who died during the battle.

With hundreds of fossilized dinosaur prints on display, this historic site is just as cool as it sounds. Dinosaur State Park in Rocky Hill began operating in 1968 after around 2,000 tracks from the Jurassic and Triassic periods were discovered in the Connecticut River Valley.

Along with the indoor and outdoor dinosaur exhibits, Dinosaur State Park contains two miles of nature trails, a picnic shelter, and seasonal activities such as mining for gems, minerals, and fossils. 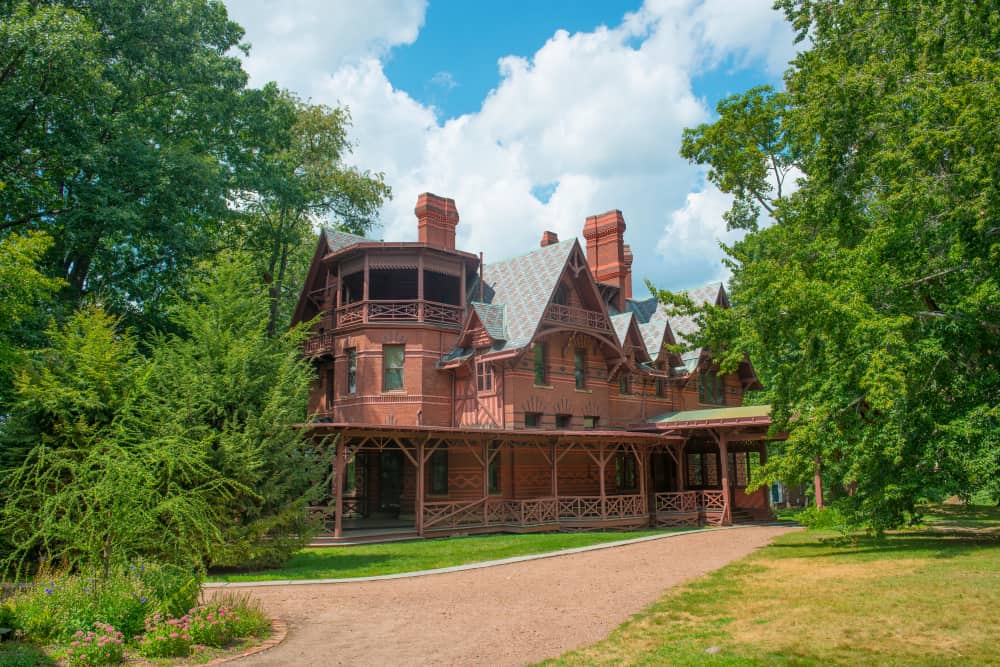 Connecticut’s capital city of Hartford is where Mark Twain lived with his family for 17 years, the “happiest and most productive years of his life,” during which he wrote some of his best-known works including the stories of Tom Sawyer and Huckleberry Finn.

The house has since been restored and turned into a museum dedicated to the life of Mark Twain, featuring nearly 16,000 artifacts. The Mark Twain House and Museum is open only for guided tours, so be sure to plan your visit in advance for the best experience.

Southeastern Connecticut is home to the Mashantucket Pequot Reservation, where one of the state’s two federally recognized Native American tribes operates a museum based on their history and culture.

The Mashantucket Pequot Museum and Research Center is a 308,000 square-foot facility with a life-sized recreation of a 16th-century Pequot village, an observation tower, an auditorium, a restaurant, and several classrooms. The museum also features exhibits on the Ice Age, Native American and European relations, life on the Pequot reservation, and the Pequot War. 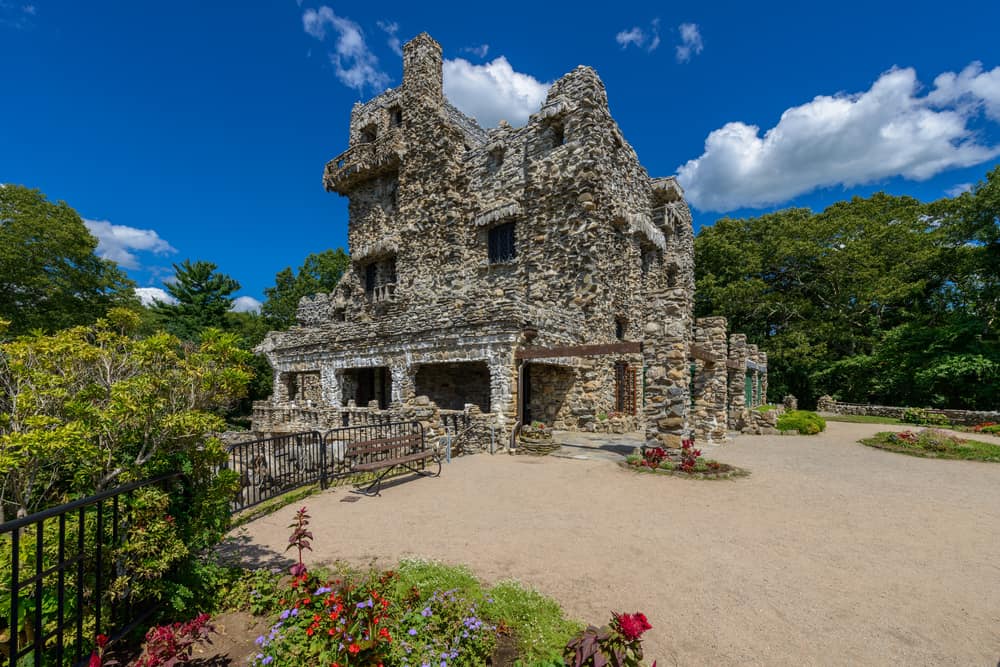 Gillette Castle was designed by actor, writer, and stage manager William Gillette and served as his home for nearly 20 years until his death in 1937. In his will, Gillette was adamant that his treasured castle not go to “some blithering saphead who has no conception of where he is or with what surrounded.”

READ NEXT  50+ Things to Do in Connecticut: The Perfect CT Bucket List 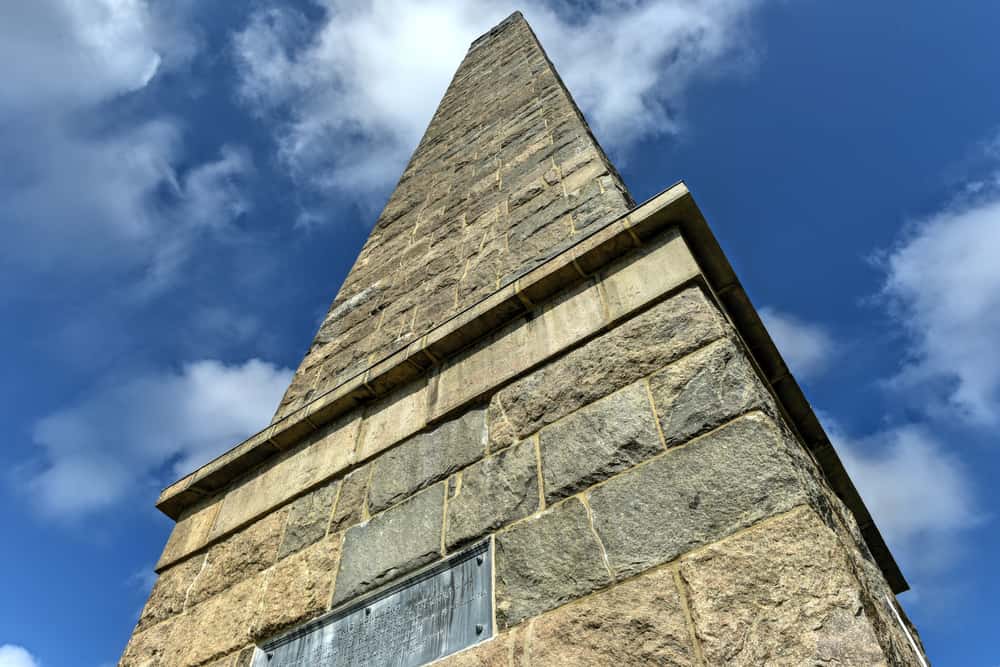 On September 6th, 1781, the infamous traitor Benedict Arnold led British forces in a raid of New London, across the Thames River from Fort Griswold.

The British then attacked the fort at the Battle of Groton Heights, massacring the fort’s American defenders despite their surrender. The site opened as Fort Griswold Battlefield State Park in 1953, which includes the Groton Monument and the Monument House Museum.

Just across from the Mark Twain House in Hartford lies another historic site dedicated to an acclaimed writer. Harriet Beecher Stowe was highly influential in the anti-slavery movement via her novel Uncle Tom’s Cabin, based on firsthand accounts of slaves, which became the #1 best-selling novel of the 19th century.

The Harriet Beecher Stowe House was home to the author for 23 years until her death in 1896, and the restored house now serves as a museum with themes of abolitionism and social justice. 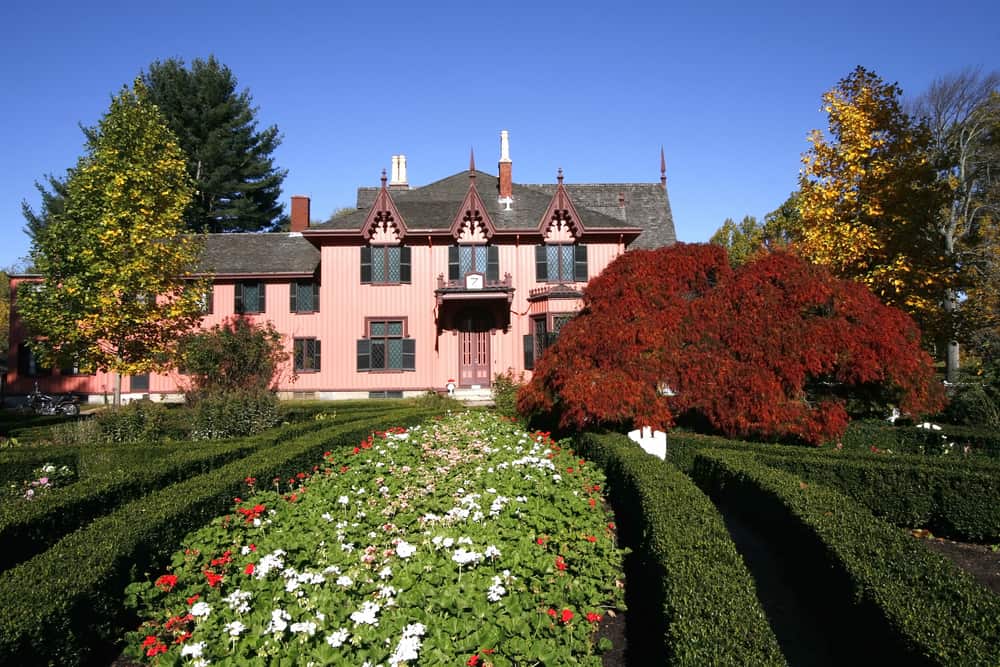 Roseland Cottage, also known as the Henry C. Bowen House, is a beautiful Victorian-style cottage built in 1846 as a summer home for the wealthy Bowen family. The cottage, located in Woodstock, CT, is known for its pink exterior, giving it the nickname of “the Pink House,” along with housing the oldest surviving indoor bowling alley in the United States.

Featuring both indoor and outdoor exhibits, the Institute for American Indian Studies (IAIS) in Washington, CT, is a museum and research center that showcases the 10,000 year history of Native American tribes in the area. One of the main exhibits is a replicated village of a group of natives known as the Algonkian, “composed of over one hundred distinct groups and communities, sharing a common language family and similar lifeways.”

Along with many other fascinating and interactive exhibits, the IAIS is also home to Wigwam Escape, a themed escape room puzzle set in the year 1518 that aims to educate the public about Native American life prior to European settlement.

READ NEXT  Top 10 Things to Do in Litchfield Hills CT

Despite being open as a museum for only about 50 years, Old Newgate Prison is said to have been a tourist attraction since the 1860s. During the Revolutionary War, the prison housed several Loyalists, who were not considered prisoners of war and thus were not subject to the same rules that allowed pardon and release. The on-site copper mine was used as a forced labor punishment for inmates up until the prison’s closure in 1827.

Today, the Old New-Gate Prison & Copper Mine in East Granby provides education on the facility’s history, including the attempted and successful escapes of prisoners, as well as guided explorations of the mines.

Built in the year 1640, the Henry Whitfield House in Guilford is considered the oldest house in Connecticut and the oldest stone house in New England. In its early years, it served not only as a home to Whitfield and his family, but also as a meeting house, protective fort, place of worship, and a shelter for travelers. Now part of the Henry Whitfield State Museum, the house is open for self-guided tours with educational exhibits and hands-on activities.